Americans' Feelings About Paying Taxes Have Changed. Here's How

A woman picks up tax forms in the lobby of the Farley Post Office on April 15, 2008, in New York City.
Chris Hondros—Getty Images
By Elizabeth King

On Tuesday, as Americans face the deadline for income tax payment, those who have to pay up may take comfort in the fact that they are not the first to feel the pinch. The income tax has been with us in the United States since the 1860s, and has never been popular — but history shows that Americans are generally more worried about the way the income tax is applied than whether or not it exists.

In general, if Americans feel that the tax is fair and that the revenue is being used well, they pay willingly, if not quite happily. But when questions of equality or waste enter the picture, things get a lot thornier.

“Americans don’t hate paying taxes, they hate other people not paying taxes. Nobody is happy to write a check to the government. It’s painful,” says Joseph Thorndike, Director of the Tax History Project. “But people are by and large willing to write that check as long as they are confident other people are writing similarly painful checks.”

In the early decades of the income tax, the question of what the money would be used for was an easy one. Income taxes debuted in 1861 at the start of the Civil War, when Congress introduced the Revenue Act of 1861. Until then, the government had been able to get by on other taxes, but the war effort required additional financial support. The proposed income tax was a flat rate of 3% on earnings above about $800 ($21,054.48 in 2017 dollars). The Act was replaced a year later with a new tax scheme (taxing income at a rate of 3% on earnings between $600 and $10,000 and 5% on earnings over $10,000) that lasted for the duration of the war, though it ultimately was not the primary source of government revenue during that time.

Thorndike tells TIME that when income taxes were introduced during the Civil War, citizens were more or less understanding of the need for extra government income and paid without much complaint. “There were people who hated it, but during a war, these voices were not very loud,” he says. “With all the talk about ‘sacrifices’ and ‘patriotism,’ it was hard to resist higher taxes that were being used explicitly for the sake of national defense.”

That’s not to say that the income tax was a big hit. “It was a real pain to comply with,” Thorndike says. “It was intrusive, and it required a big bureaucracy.” These issues with the tax wore down on people’s willingness to pay up both during and after the war, Thorndike explains, ultimately leading to the repeal of the Revenue Act of 1862 a decade after it was signed.

Thorndike says that the debate about income taxes was the same from the Civil War through World War I. People realized that sometimes the nation would need more money — to fight a war, for example — but they wanted to strike a balance between regressive (a tax that increases, proportionally, as a person’s income decreases) and progressive (a tax that increases as a person’s income increases) taxes. A progressive income tax was seen as a solution.

The 16th Amendment, which gives Congress the power to levy an income tax, was passed by Congress in 1909 and ratified in 1913. The Revenue Act of 1913 brought the income tax — a narrow tax capped at 7% — and this time it stuck. But, as Thorndike explains, the discourse on taxation soon changed, as tariffs ceased to be a significant source of government revenue and the income tax became a staple of government income.

Income taxes had long been something that only applied to the very wealthy, but during World War II — another moment of crisis, when people were more willing to pay — the income tax became a “mass tax” that applied to the middle class as well. In the 1940s, “the income tax rate went through the roof [because of World War II], and millions of people who had never paid an income tax in their lives were now paying income taxes,” Thorndike says. But as with the Civil War, politics were suspended and the tax was generally seen as justified.

However, the expanded income tax “proved quite sticky” after World War II ended. Unlike the post-Civil War time when the income tax was repealed completely, World War II brought with it an expanded federal state that couldn’t be sustained without continuing the income tax. There were few other feasible options for supporting the government.

In the decades after the war, as the income tax endured in its new form, questions began to arise about whether it was being applied well. Thorndike says it’s not a matter of new complaints — “The idea that the income tax is unfair, inefficient, and a burden on the economy have been made consistently since the beginning,” he says — but those same old ideas were able to make more of an impression. By the 1980s, when Ronald Reagan was elected President, tax resistance was a major issue.

It wasn’t just a matter of income tax. At the time, property taxes at the state level had become an increasing burden on taxpayers, and growing inflation along with stagnant wages meant that people were getting pushed into higher and higher income tax brackets (which were not yet indexed) without actually earning any more income.

Thorndike says that the anti-tax sentiment that came to the fore in the 1980s “was rooted, in large part, in concerns about ‘loopholes’ and other preferences that contributed to the piecemeal erosion of the tax base.” Some Americans came to believe that certain people were “getting away with murder,” as Thorndike puts it, while others were dutifully paying their fair share of taxes.

“Ronald Reagan expertly tapped these suspicions when drumming up support for the landmark 1986 tax-reform legislation,” Thorndike explains. “Bracket creep was a real drag on the tolerability of the income tax,” he says. Republicans were able to capitalize on this unease, making income tax reform a signature party issue.

Today, that issue continues to make news. Though Tax Day marches took place this weekend to tackle what some see as a different income tax problem — President Donald Trump’s refusal to release his own income tax returns — another tax issue waits on the horizon that could affect all Americans. Though a plan has not yet been released, major tax reform was one of the president’s biggest campaign promises. 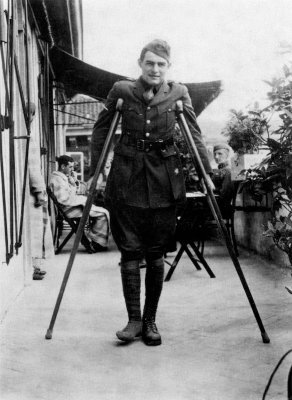 Searching for the Soldier Who Saved Ernest Hemingway's Life
Next Up: Editor's Pick