Protesters hold up signs outside a courthouse where a federal judge will hear arguments in the first lawsuit challenging President Donald Trump's executive order to withhold funding from communities that limit cooperation with immigration authorities on April 14, 2017, in San Francisco.
Haven Daley—AP
By Katy Steinmetz

Two California jurisdictions faced off with the Department of Justice in federal court over immigration on Friday. The city of San Francisco and county of Santa Clara attempted to get a preliminary injunction against President Trump’s executive order that seeks to deprive sanctuary cities and states of federal funds, arguing that it is unconstitutional.

It was the latest high-stakes tussle between local officials and the federal government over immigration policies that Trump has moved to make stricter since he took office – policies that are deeply unpopular in the immigrant-friendly Golden State.

During the campaign, Trump vowed to starve sanctuary cities of taxpayer funds, and Attorney General Jeff Sessions announced a follow-up on that threat in late March, saying that Department of Justice would deny federal grants to jurisdictions that restrict cooperation with federal immigration authorities and seek to “claw back” past grants.

But arguments in the U.S. District Court for Northern California centered on the big unknowns that remain: with many definitions available, what exactly qualifies a “sanctuary” jurisdiction as far as the order is concerned? And what array of federal funds – a very limited or potentially crippling amount – is at stake for cities and counties?

Both the city and county have filed cases challenging the Trump Administration, and their lawyers argued in a joint hearing that all “federal funds” could be at stake based on the language in the order. That would include funds used on services such as medical care, social services and emergency management, amounting to roughly $1.2 billion for San Francisco and roughly $1.7 billion for Santa Clara.

Though enforcement of the order has yet to take place, the California lawyers argued that they are already experiencing harm, by spending money today that might later be “clawed back” and by being forced into a “Hobson’s choice” of complying with an order they view as unconstitutional or violating what they believe to be the constitutional rights of individuals that federal officials ask them to detain.

The order “is a weapon to deprive jurisdictions of the money they need to operate,” said John Keker, arguing for Santa Clara. He characterized it as “a gun to your head.” Lawyers for the San Francisco City Attorney’s office said that the hundreds of cities and counties that could have funding at risk do not have to “wait for the arrow to hit the target” because the threat is clear. “We believe they are coming for San Francisco’s funds,” said Sara Eisenberg. “There is this pressure and coercion San Francisco is facing.”

The Department of Justice, represented by acting assistant attorney general Chad Readler, characterized that reading of the order as “dramatic,” saying that a far narrower amount of federal money was at issue and suggesting that it was too early for the court to take action. Because the federal government has yet enforce the order and neither jurisdiction has been officially designated as a sanctuary city or county he said, there is no “concrete” dispute.

Judge William Orrick appeared dubious about the assertion that only three grants from the Department of Justice and a similarly limited amount of grants from the Department of Homeland Security would be at issue, as Readler suggested. The Justice Department’s counsel said that might mean no money at all for San Francisco and less than $1 million for Santa Clara. A provision in the executive order directs a federal agency to collect information “on all federal grant money that currently is received by any sanctuary jurisdiction,” and Orrick said that begs the question of whether the order was truly designed to affect broader funds.

The opposing lawyers emphasized that neither Sessions nor Trump had signed off on such an interpretation, and argued that the court could not rely on an argument made by a Justice Department lawyer that might not square with actual actions the federal government would take. “If this interpretation were limited to what they have said,” said Keker, the Santa Clara counsel, “why do we have this executive order?”

Orrick promised that he would issue a ruling as soon as possible, though he did not set a timeline. The plaintiffs, who have had dozens of other cities and counties write briefs in support of their cases, argued that they were in dangerous limbo in the meantime, spending money they counted on from the federal government that might later prove not to be there.

“There’s still no clarity for San Francisco about precisely which funds are at stake,” argued Mollie Lee, representing the city attorney’s office. “We lacked that clarity coming into court and we still lack it now.”

Lawmakers in Sacramento are meanwhile considering a bill that could make California a “sanctuary state,” which means the precedent set in this case will be an important bellwether for even bigger legal battles that may be on the horizon. 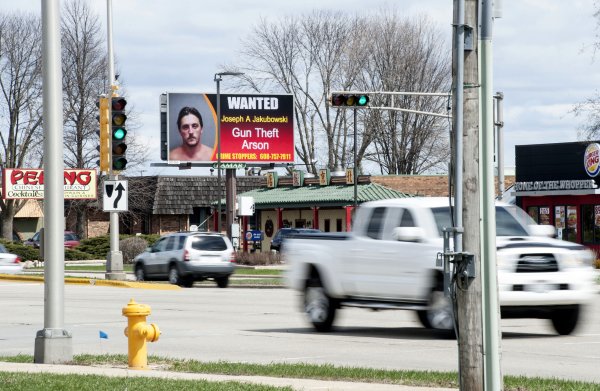