The White House Will Keep Its Visitor Logs Secret

The decision, after nearly three months of speculation about the fate of the records, marks a dramatic shift from the Obama Administration’s voluntary disclosure of more than 6 million records during his presidency. The U.S. Secret Service maintains the logs, formally known as the Workers and Visitors Entry System, for the purpose of determining who can access to the 18-acre complex.

White House communications director Michael Dubke said the decision to reverse the Obama-era policy was due to “the grave national security risks and privacy concerns of the hundreds of thousands of visitors annually.” Instead, the Trump Administration is relying on a federal court ruling that most of the logs are “presidential records” and are not subject to the Freedom of Information Act.

Three White House officials said they expect criticism of the new policy, but believe it is necessary to preserve the ability of the president to seek advice from whomever he wants, “with some discretion.” They requested anonymity to discuss the policy before a formal announcement.

Under the Trump Administration’s directive, logs of those entering the White House complex will be kept secret until at least five years after Trump leaves office—at which point they will first be eligible to be requested by the public, press and scholars. The White House did not say who would maintain custody of the records during his time in office.

Trump officials are quick to point out that the Obama Administration fought in federal court to preserve the right to redact and withhold records, successfully appealing a lower court ruling requiring their release to the United States Court of Appeals for the District of Columbia. But seeking to live up to Obama’s promise to run “the most transparent administration in history,” his Administration voluntarily disclosed the logs.

But those logs were incomplete—often obviously so. The Obama-era process allowed the White House Counsel’s office to unilaterally redact records of those visiting the complex for any reason. The Obama Administration, for instance, took a wide-ranging view of what were considered personal events hosted by the Obamas, leaving off celebrity sightings and meetings with top donors. It also maintained the right to leave off those brought in for sensitive meetings, like interviews for federal judicial nominations. Obama-era officials took other steps to circumvent the logs, scheduling meetings with lobbyists and others at nearby coffee shops.

“The ability to scrub them was sort of institutionalized,” another official said, noting that the clearance form for visitors to the complex includes a check box allowing requesters to flag a record for later shielding it from public release.

The 2013 opinion was in a case filed by watchdog groups, including the conservative Freedom Watch, which argued that the WAVES records could be released since they were created and maintained by the Secret Service — and thus not exempt from FOIA. Earlier this month, liberal watchdog group Citizens for Responsibility and Ethics in Washington, filed suit in the Southern District of New York against the Department of Homeland Security, which includes the Secret Service, for access to the logs on the same grounds. White House officials said they expect that court to reach the same conclusion as the D.C. circuit, but suggested it would seek to litigate to preserve its ability to keep the records secret if necessary.

Last month congressional Democrats introduced the “Making Access Records Available to Lead American Government Openness Act,” or MAR-A-LAGO Act, which would require Trump to disclose visitors at places where he “regularly conducts official business” within 90 days. The Secret Service does not maintain WAVES records, or any logs of those who visit the club owned by the president at Palm Beach.

Logs for the Office of Management and Budget, the Council on Environmental Quality, the Office of the United States Trade Representative, the Office of Science and Technology Policy, and the Office of National Drug Control Policy remain subject to FOIA requests, officials said, but will not be unilaterally disclosed.

White House officials said the Administration is ending the contract for Open.gov, the Obama-era site that hosted the visitor records along with staff financial disclosures, salaries, and appointments. An official said it would save $70,000 through 2020 and that the removed disclosures, salaries and appointments would be integrated into WhiteHouse.gov in the coming months. 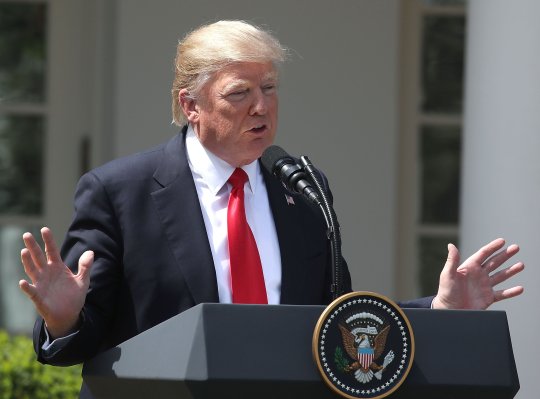