We Need More Role Models for Women in STEM Now

A little over a year ago, I was standing on stage in Nashville, Tennessee ready to deliver the keynote address at the 2015 Society for Women Engineers national conference. As with every other conference that I agree to participate in, I spent a lot of time thinking about the message I wanted to impart. However, standing on that stage in the heart of Music City, I found myself almost mesmerized by the view.

From my vantage point, I looked out upon a jam-packed ballroom brimming with female engineers, both practicing and aspiring, and knowing that thousands more were watching online from the comfort of their dorm rooms and cubicles. It was a rare, beautiful and inspirational sight. After my address, I stopped to talk to a few of these talented young women, and got to hear about why they chose to pursue engineering, the challenges facing female undergrads today and some of their hopes for the future. I even met a contingent of engineering majors from my alma mater, Penn State.

I’m telling you about these women because they’re living proof that there is diverse technical talent out there if you know where to look. But the scene I witnessed was spectacular to me precisely because it is so uncommon. Girls Who Code reports that by 2020, there will be 1.4 million jobs available in computing-related fields, but women are on track to fill only about 3%. I’ll never be satisfied with that figure. And you shouldn’t be either, especially because technical aptitude will be increasingly required to fully partake in the digital age in which we live. I often tell young girls that whether they want to be a farmer or a fashion designer, technology will make them a better one.

The fact is, gender stereotypes around STEM fields persist from grade school all the way up through our adult careers. A survey commissioned by Microsoft across 12 countries in Europe found that young girls start to lose interest in STEM topics by the age of 15. Girls are falling out of the sciences because STEM classes simply aren’t cool in their schools’ social ecosystem for a variety of reasons, and institutions don’t sufficiently intervene to change girls’ perceptions. This is a trend that hasn’t really changed since I was 15, walking the halls of Union-Endicott High School in upstate New York.

At 15, I was enjoying and doing well in my math and science classes. But as the daughter of a mechanical engineer father and a mother who believed that nothing was off limits to her children, I had a leg up. I fondly remember late nights at the kitchen table struggling through calculus problems with the help of my dad and encouragement (and nourishment!) from my mom. When it came time to choose a major in college, I followed in my father’s footsteps and set my sights on Penn State’s engineering program. That remains one of the best decisions I’ve ever made. But that doesn’t mean it was easy.

What I wasn’t fully prepared for when I arrived in Happy Valley was how hard those first few years at PSU would prove to be. The subjects were tough, the class sizes were huge and there simply weren’t many women. In fact, I can acutely remember calling my parents during my first semester and telling them, “I’m not sure I belong here. I don’t think I’m cut out to be an engineer.” The grim classroom demographics layered onto a demanding first-year engineering curriculum seemed, at the time, a deathly combination.

So my parents heard me out — reinforcing that the most important part of any supportive relationship is first and foremost, really listening. Their listening lead to encouragement, and I eventually silenced my internal naysayer and buckled in for the long-haul. Throughout college, (and life, frankly,) self-doubt occasionally creeps back in. Although not unique to one gender, to this day I witness countless women question their abilities when opportunities arise. The lesson I learned is that it’s important to recognize these moments, rely on your support system, and forge ahead regardless.

But the kind of deliberate support my parents provided is more of an exception than the rule in our country. Like me, most of my female peers in engineering have a father or a brother who is an engineer, underscoring the importance of role models close to home. We’re the lucky ones. Just imagine how many young girls with the interest and aptitude to be in STEM fields never get there because they don’t have adequate examples or backing.

After graduating from Penn State in 1990, I was intrigued by the idea of connecting people through technology, so I started working in telecommunications with the company that would evolve into Verizon — and I’ve been there ever since. I never could have envisioned the astonishing pace of innovation over the last 27 years. From wireless phones the size of a suitcase and the early days of the internet to reliable, scalable networks that support telemedicine, distance learning and augmented reality, we’ve come a long, long way. And as the industry’s evolved, so has my career. I’ve used my STEM skills to build our world-class Fios product and usher in 4G LTE and now 5G technology. Along the way, I’ve tried to be a fierce advocate for women at Verizon and in technology more broadly. Where we go next as a business and an industry is only limited by our ability to shatter gender barriers in our institutions so women and girls can freely explore the endless possibilities of STEM.

I never could have envisioned at the age of 15 what an exciting and wild journey choosing to pursue a STEM career would be. It’s been fun, challenging, and yes, lucrative (STEM professionals earn, on average, higher salaries). For more girls to be competitive in the technology-laden workforce of the future, they need role models and encouragement now. Moments like mine on that stage in Nashville need to become less of a rarity and more of the norm. Every technology conference should have an audience that reflects our vast talent pool in the United States — but it’s going to take hard work to get there. The future engineer, computer scientist or inventor is somewhere in school today, wondering if she has what it takes, maybe without a role model or support system. It’s up to all of us to ensure she has the opportunity to follow her unique talents and aspirations. What will you do to inspire her future?

Nicki Palmer is the chief network officer at Verizon Wireless, the largest wireless company in the United States. She is also the proud mother of three children, a breast cancer survivor and a major advocate for women in business. 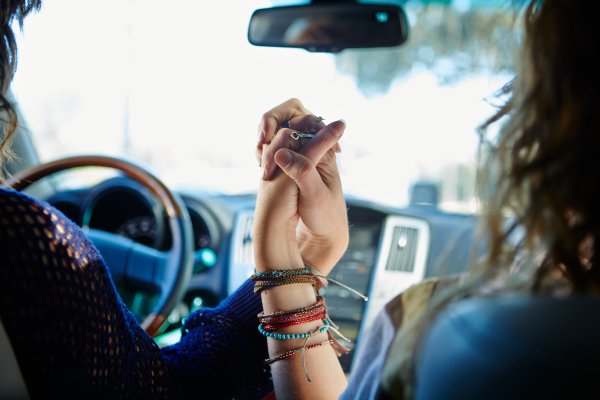 10 Ways to Be a Better Friend
Next Up: Editor's Pick