Vehicles drive by an electronic billboard in Janesville, Wis., showing a wanted sign for Joseph Jakubowski on April 6, 2017. A manhunt was underway Friday for Jakubowski suspected of stealing firearms from a southern Wisconsin gun store, threatening an unspecified attack that prompted several schools to close, and sending an anti-government manifesto to President Donald Trump.
Angela Major—The Janesville Gazette/AP
By Tessa Berenson

A fugitive accused of stealing 18 guns and mailing a manifesto to President Donald Trump is now in custody.

Police in Wisconsin captured Joseph Jakubowski on a farm in southern Wisconsin Friday morning after a 10-day manhunt, according to NBC.

He reportedly broke into a gun store on April 4 and stole the firearms and two suppressors.

More than 150 members of law enforcement began to search for him over fears that he might plan an attack, after he allegedly mailed a 161-page rant against the government and religion to the president.

Authorities arrested him early Friday morning after responding to a report of a suspicious person. 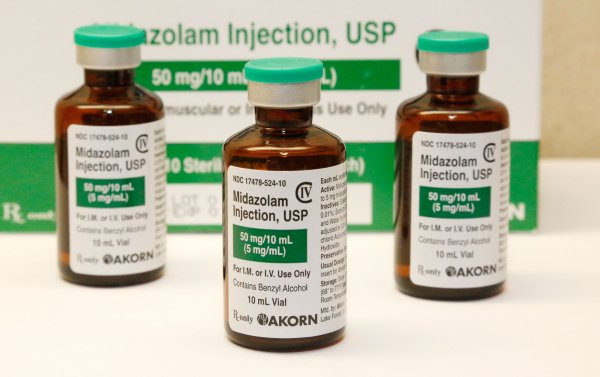 Why Arkansas Is Executing 7 People in 11 Days
Next Up: Editor's Pick