Ellen DeGeneres and Bradley Cooper are campaigning to retain their retweet record as Twitter’s ‘Nugget Boy’ inches closer to surpassing them.

Carter Wilkerson, 16, asked Wendy’s on Twitter how many retweets he would need to get a year’s worth of free chicken nuggets.

Their response of “18 Million” sparked a mission for the Nevada teenager. Wilkerson’s tweet is now at over 2.8 million retweets, falling short of his goal but gaining on DeGeneres’s Oscar selfie tweet with 3.3 million retweets.

Not trying to keep a teenager from his chicken nuggets, DeGeneres asked that people simply retweet both Wilkerson’s and her tweets.

“If you think I’m going to lose that record to some chicken nugget kid, you are out of your cluckin’ mind,” DeGeneres said on her show.

She and Bradley Cooper created a public service announcement asking that people retweet her photo. The two appealed to the audience noting that Cooper had to hold up his arms for “35 to 40 seconds,” and DeGeneres “was sitting in Meryl Streep’s lap for an uncomfortably long time.”

Wendy’s has pledged to donate $100,000 to adoption non-profit Dave Thomas Foundation if and when Wilkerson breaks DeGeneres’s retweet record. 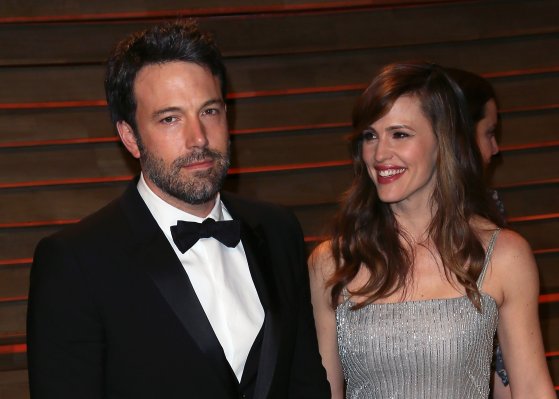 Ben Affleck and Jennifer Garner Officially File for Divorce
Next Up: Editor's Pick