Katherine Osnos Sanford is a public school teacher in Northern California; she is working on a book about raising an autistic child.

Mae has a red backpack that I ordered shortly before she started school. Her two brothers have similar backpacks, also in bright colors, each embroidered with their initials. I love the sight of my children’s backpacks hanging together on the hooks by our back door. It makes me feel that things are in order.

What you can’t see when you look at their backpacks is how differently they experience school. My sons, who are in elementary and middle school, are on a largely regular trajectory. Mae, however, is autistic; she is almost completely nonverbal and, at the age of nine, still in diapers. Five years after Mae entered a classroom for the first time, school is a vital but incomplete experience.

The current system of special education is based on a noble American commitment: In 1975, Congress passed the Individuals with Disabilities Education Act. It guarantees a “free, appropriate public education” for all children — a standard known in special-ed circles as “FAPE.” But the system created 42 years ago isn’t ready for student needs today. The diagnostic criteria have since expanded to include a wider spectrum. This year, according to the Centers for Disease Control, one in sixty-eight children will be diagnosed with autism of varying degrees, many before they enter school. (In 1975, it was one in ten thousand.) Educators are now scrambling to patch together services for a group of students increasing in size and complexity. Meanwhile, many parents like me feel that their children are not being taught the skills they need to one day live independently, and then are too quickly thrown — unprepared — into adulthood.

This starts early on in an autistic child’s education. The current model of special education revolves around an annual exercise known as the Individualized Education Plan. An IEP sets out goals and expectations for a child in the year ahead and is composed by teachers, therapists (speech, occupational and physical), administrators, a psychologist and, sometimes, the school nurse. In Mae’s case, every potential skill that she could develop in the year ahead is broken into its most basic parts: cutting with scissors, sitting still, matching a set of plastic bears by color.

In theory, by following the blueprint, we can quantify and track Mae’s progress and assure that one year builds on the next. In reality, the exercise has become a hollow pageant.

Mae’s IEP should be one page, with a single goal: Mae will learn to communicate. As long as my daughter doesn’t speak, using scissors and identifying colors are not the things keeping her from the rest of the world. The better she can become at communicating her own needs, the less support she will need as an adult from society. Mae needs life skills before all else.

It took time for me to realize this. When Mae was five, I toured a private special-needs school in Connecticut. On the second floor, there was a mock grocery store with some children practicing shopping and others acting as employees. They were older than Mae — late teens, early twenties. Across the hall, in a mock clothing store, students were learning how to place a plastic label on a hanger to mark the size. Some had headphones on to soothe them; some were making the low growling noises not uncommon among autistic kids.

At the time, I wasn’t ready for that scene. I still hoped that, with the right combination of therapies, specialists, herbs (and sleepless nights for her parents), we would cure Mae. I couldn’t leave the school fast enough.

When your child is five, you can’t envision that the simple work of labeling hangers could someday be worthwhile. Now that she is nine, I understand that this is who my child is. I have not given up. But I understand that, for her, being able to take care of herself and perform simple tasks that serve a function in society would be a very good outcome.

When the school day is over, there is another question: What now? Many schools provide afterschool-care for regularly developing students — everything from chess club to a quiet place to do homework— but, for special-ed kids, the school day ends at three o’clock. According to a 2014 study published in Pediatrics, a family with a child on the spectrum spends, on average, over $17,000 more a year on health and childcare costs than a family without one. To make matters worse, according to a 2012 study in the same journal, mothers of autistic children also earn, on average, 56% less than other mothers, because so much of their time is required at home. So, what if schools provided after-school care for special-needs students, as well? What if they provided opportunities to develop important life skills, with field trips to useful destinations, like the grocery store or the ATM? This kind of program would allow families to pay for their child to be in a safe and familiar place — and allow school districts to augment the salaries of support staff who choose to participate.

And this educational structure should continue well beyond the ages at which a regular-ed student graduates. For students on the autism spectrum, the need to learn more in order to support themselves does not end at the dawn of adulthood. In many cases, an autistic student will go from a school in which she is supported by a team of teachers and aides, in an environment that seeks to include her as much as possible with students in regular education, to a far more secluded and limited life. Kevin Murray, a founding board member of Autism Speaks, is the father of a 22-year-old son who recently aged out of school and entered the uncertain world of adult care. The change has been radical. As he compared to me the services that his son received when he was in school to his current situation, he asked, “When did my son become less valuable?”

Looming over many of these issues is the matter of money. It can seem as if everyone is struggling. School districts are straining. The National Education Association estimates that the average annual cost of educating a regular-ed student is $7,552; the cost for a special education student is more than twice that, $16,921. Families are stretched, too. When Mae turned 7, my husband and I had to face the difficult truth that we could no longer afford to pay for her therapies. In two years, we had spent nearly $140,000 on them; our insurance reimbursed us $9,000. We have two other children who we hope to send to college one day. They will eventually be tasked with supporting their sister — as will the rest of the country. Americans must recognize that the price of therapy for children is more than a short-term cost: Every dollar invested in their future independence will relieve the burden on society.

Four decades ago, America made a commitment: We will provide an appropriate education for every child in this country. For regularly developing students, school ends at 18 or 22. But for people on with autism, even those who are relatively independent, they still need more therapy, job support and training. The time has come to reconsider what it means to provide a “free and appropriate education for all,” because for increasing numbers of children, education must last a lifetime. 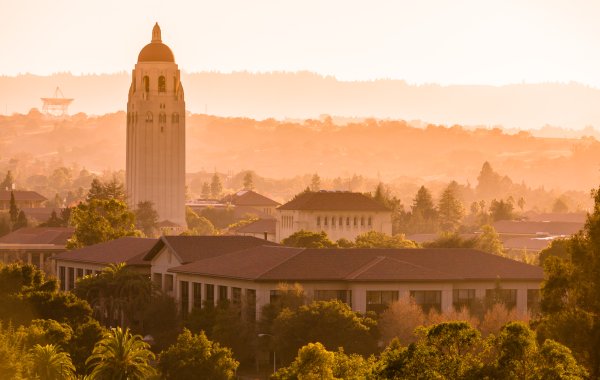 A High Schooler Wrote #BlackLivesMatter 100 Times on His Stanford Application. He Got In
Next Up: Editor's Pick