Syria has already denied the attack and Assad had said the allegations against the Syrian military by the United States and its allies were used to justify a U.S. air strike.

Syria’s military had given up all its chemical weapons in 2013 after an agreement made at the time, and would not have used them anyway, AFP quoted Assad as saying in an interview published on Thursday.

Ayrault, speaking at a joint press briefing in Beijing with China’s Foreign Minister Wang Yi, said he had learned of Assad’s remarks with “deep sadness”.

“What I heard is 100% lies and propaganda. It’s 100% cruelty and cynicism. And so we have to end it. We need a real ceasefire,” Ayrault said.

Ayrault added that widespread destruction in the country during its six-year-long civil war was “not a fantasy”, and thanked China – like France, a permanent member of the U.N. security council – for its “independent and wise position”.

China has repeatedly urged that a political resolution be found in Syria.

It has also sided numerous times with Russia, Assad’s top international backer since 2015, in blocking action by the Security Council on Syria. Beijing’s special envoy for the Syrian crisis has also praised Russia’s military role there as effective in combating international terrorism.

Earlier this week, Ayrault criticised Russia for its “hypocrisy” in Syria.

The April 4 attack in the town of Khan Sheikhoun killed scores of people and prompted the United States to launch a cruise missile strike on a Syrian air base in response, its first direct assault on the Assad government in the conflict.

Assad said Syria would only allow an “impartial” investigation into the poison gas incident.

Russia has said the gas was part of rebel stockpiles, which the rebels have denied. 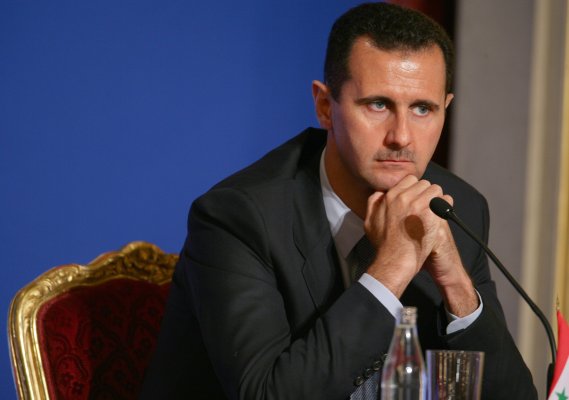