A man who was handcuffed while speaking with police poured lighter fluid on his body in a Denver park on Thursday, setting himself on fire.

The man was allegedly fighting with one or more people in Denver‘s Civic Center Park, the Denver Post reported, when he began to set himself on fire shortly before or as police were arriving on the scene. One witness, Sean Corbett, told the Post that he, “flicked a lighter while he was in handcuffs.”

According to the Post, the man then ran away while the officers and bystanders in the park tried to put the flame out.

“We do believe this was a suicide attempt,” Denver police spokesman Doug Schepman said to the Post.

The man’s identity has not been released, according to the Post, and he was taken to a hospital for treatment. 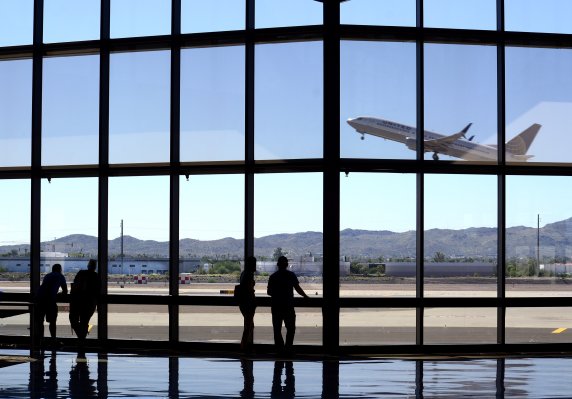 United Airlines Passenger David Dao Never Wants to Fly on a Plane Again, His Attorney Says
Next Up: Editor's Pick