Why You Should Let Someone Else Choose Your Tinder Photo

An unsung skill of the social networking age is the ability to pick a good profile picture, whether for Facebook, LinkedIn, Twitter or Tinder. It’s no trivial matter: people make up their minds about another person’s personality and likability within a second of viewing their photograph.

“This is an important task in the modern world, in the digital era,” says David White, a postdoctoral research fellow at the University of New South Wales Sydney in Australia. “We make these selections very frequently.”

Unfortunately, we’re not very good at it, according to White’s new study in the journal Cognitive Research: Principles and Implications. People tend to be better at selecting flattering photos of other people than they are at choosing good pictures of themselves.

White, who is the paper’s lead author, and his colleagues asked about 100 college students to download 12 images of themselves from Facebook, then select the photos they would use for their profile pictures on Facebook, dating websites and LinkedIn. (The photos only showed their faces, not their bodies.)

Strangers were then shown those same 12 images and asked which photos they would choose, if they were the person in them.

To see who chose better images—the photo subject or the stranger—the researchers crowdsourced the Internet and asked people to rate how attractive, trustworthy and competent the face in the photos looked, like a scientific “Hot or Not.”

Everyone did a good job picking the more attractive photos. But when researchers analyzed the photos for two other traits—trustworthiness and competence—people didn’t select their own images that accentuated those traits.

Strangers did, however. “Unfamiliar people appeared to select images that were at once all three,” White says: attractive, trustworthy and competent. As a result, people on the Internet rated the photos picked by the people in them less favorably than the ones chosen by strangers. This was true of every social network.

“The practical advice is that people should really ask someone else to select their next profile picture,” says White.

Why do people have such trouble choosing their best picture? Ironically, people may be so accustomed to the sight of their own face that they have trouble seeing how it varies from one image to the next, the study authors speculate. “We suspect it’s because our face is overly familiar to us,” says White. “This familiarity appears to make it harder to choose the specific shot that best portrays us.”

Some research supports this idea. In a similarly designed past study, when White asked people to pick the images that looked the most like them, they didn’t do very well. “We saw the same phenomenon,” White says. People were able to select the most identifiable images for strangers, but not for themselves.

Being familiar with a face comes with a lot of perks. You’re better able to spot what’s stable in a person’s appearance, which is handy for when you run into an old friend you haven’t seen in years. People also tend to be better able to read emotional expressions from familiar faces. But knowing a face well—your own, for example—may make it harder to spot the things that vary across a dozen images of it. “Because we’re familiar with our own face, we find it difficult to see through the eyes of an unfamiliar person,” White says.

White is now studying whether a friend can offer the distance necessary to choose your next flattering photo. For now, since strangers are often the ones you’re trying to impress on social media, it might be best to poll them about your best angle. 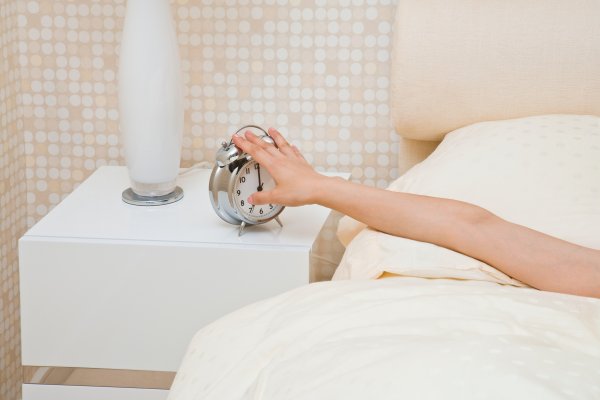 Why Laziness May Be Contagious
Next Up: Editor's Pick