President Donald Trump speaks during a news conference with King Abdullah II of Jordan in the Rose Garden of the White House April 5, 2017 in Washington, D.C.
Mark Wilson—Getty Images
By Abigail Abrams

The White House has launched a website asking Americans to take a survey about which agencies they would like to reform and eliminate. The list of options includes many of the usual targets from Republican politicians, including the Department of Energy and the National Endowment for the Arts.

But it’s also fairly comprehensive, including some government agencies you might not expect: the CIA, the FBI, the Pentagon, the departments of Homeland Security and Justice, the National Security Council and even the White House itself.

As an online poll that can be easily gamed, the survey is hardy scientific, but it could be a useful tool for the White House to push its own ideas down the road.

The Trump Administration has offered up drastic cuts in his proposed budget that would get rid of or severely limit a number of government agencies and programs. The survey follows the Trump administration’s guidance to federal agencies on Wednesday, ordering them to begin planning for deep budget cuts. 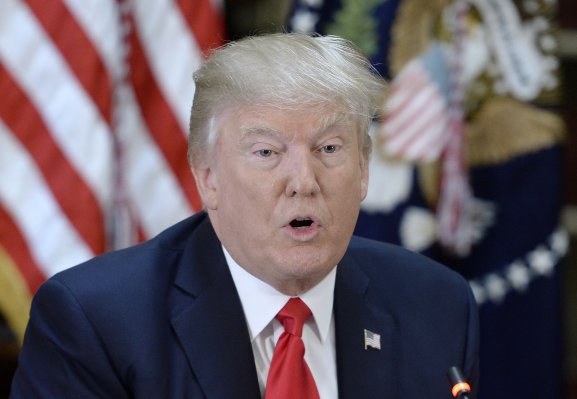 Everything Trump Changed His Mind About This Week
Next Up: Editor's Pick