5 Cameras That Take Better Photos Than Your Smartphone

Camera phones are ubiquitous in modern life. And for most people, they’re fine for taking selfies and family photos.

While smartphone cameras have dramatically improved in recent years (and many are quite good), the pictures they shoot still fall short of traditional cameras. Therefore, you may want to upgrade.

Whether you end up buying a compact, mirrorless, or DSLR camera, you’ll have more versatility in taking photos than you do with your smartphone. You’ll also be able to take better shots in dim light or with moving subjects like birds in flight or sports events.

Here are some options to consider.

DSLR (digital single-lens reflex) cameras can be intimidating for users, but Nikon’s D3400, priced at $497, hits the sweet spot for people who are new to this type of system. It’s compact, comfortable, and has a reliable autofocus for when you don’t want to bother with a manual focus. Additionally, it has a very long battery life (roughly 1,200 shots per charge) and shoots high quality 1080p video at 60 frames per second. Expert DSLR users will want to look elsewhere, but this is the perfect introduction for first-time buyers.

Compact cameras have had the biggest sales dip since 2010 since phone cameras began to truly ramp up their quality, but there are still some that hold up well. The $399 PowerShot G9 X has a 20.2 megapixel sensor, but is small enough to fit in your shirt pocket. The touch panel on the back of the camera’s body makes it easy to operate while built-in Wi-Fi will quickly transfer pictures to your phone or tablet, if you so desire. The zoom could be a bit stronger, but this is an ultra-portable camera with very good image quality.

Mirrorless cameras have internal components that differ from a DSLR. They’ve been a good introduction for people looking to improve their photography, but they have always fallen a bit short, in large part because their autofocus couldn’t keep up with rapid action. The X-T20, though, greatly bridges the gap between the two, but at a price. The body alone costs $1,199 (like other mirrorless cameras, you can interchange the lenses), but it can shoot 4K video, and the camera’s autofocus system stays sharp when shooting burst shots of fast-moving subjects. The X-T20’s sensor delivers crisp, clear pictures, and it’s all in a smaller, comfortable camera body—and costs a good bit less than its big brother Fuji’s flagship mirrorless camera, the X-T2.

Interested in trying a mirrorless camera, but don’t have enough to buy a X-T20? The Lumix GX85, at $698, is an option worth exploring. The autofocus isn’t quite on the same level as Fuji’s X-T20, but it lets you take great photos, 4K video, and has a large number of lens options. (Lenses, it’s worth remembering, are as important as the camera body in most cases.) The image stabilization is strong, the body is light and compact, and the price is well below many competitors.

Let’s address the elephant in the room first. At $3,500 for the camera body alone, this is not an option for everybody. It’s designed for photographers who want to shoot more than their kid’s soccer games and trips to Disney World. It’s loaded with features that will impress shutterbugs, including the ability to shoot 4K video, better weather sealing, a touchscreen, and upgraded autofocus. (There are plenty of other more detailed specs, many of which will read like alphabet soup to casual photographers.) Bottom line is this: These are among the highest performing cameras available. They’re well suited for photographers who for shooting portraits, landscapes, news events, and fast-paced sports. 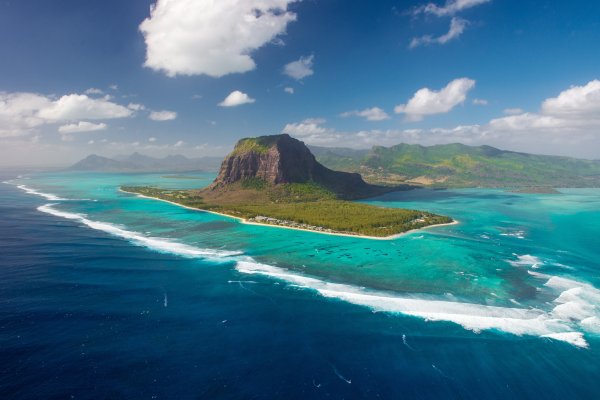 6 Travel Photography Accessories To Bring On Your Next Trip
Next Up: Editor's Pick