A Scorpion Stung a Passenger on a United Flight

After spending two weeks on vacation in Mexico, Richard and Linda Bell were on a United Airlines flight home from Houston to Calgary on Sunday. They thought their adventure was over — until a scorpion fell from the overhead compartment and on to Richard.

They didn’t immediately recognize the honey-colored, 1.5-inch animal until a passenger sitting next to them pointed out that it was probably a scorpion.

Richard took the scorpion from his hair and dropped it onto his tray. When he picked it up again, the animal stung him. Bell told Global News Canada that it “felt like a wasp sting.”

Another passenger took the scorpion, stomped it on the ground and then threw the remains in the toilet.

Upon landing in Calgary, emergency personnel came onboard the plane to examine Richard. He showed “no sign of distress,” according to an EMS spokesperson, and declined medical attention.

It is unclear how the scorpion got onto the flight, although the most likely scenario is that it snuck onboard inside someone’s luggage. United Airlines is investigating the incident.

This is not the first time a scorpion had made its way onto the cabin and bit a passenger. In 2015, an Alaska Airlines flight was forced to return to its origin airport in Los Angeles after a woman onboard was stung by a scorpion. The woman declined medical attention upon arrival. 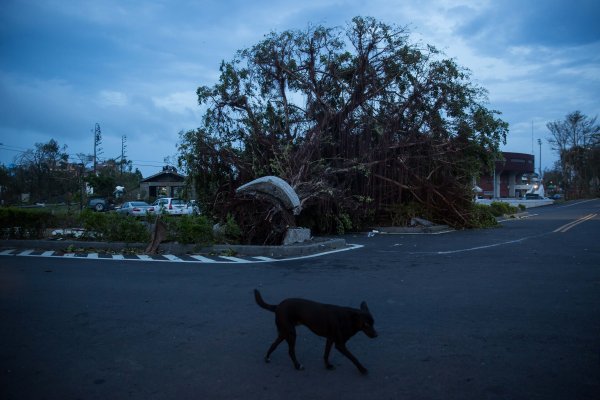 You Can't Eat Cats and Dogs in Taiwan Anymore
Next Up: Editor's Pick