When Annie Hall was released 40 years ago, on April 20, 1977, TIME’s critic Richard Schickel called the Woody Allen opus “a ruefully romantic comedy that is at least as poignant as it is funny and may be the most autobiographical film ever made by a major comic.” His review proclaimed in its headline that it was Allen’s “breakthrough movie.”

Schickel made this case even though the movie was a departure from the routines for which Allen was best known at the time, including one-liners and self-deprecating gags. The film tells the story of the rise-and-fall romance between Alvy Singer (Allen) and Annie Hall (Diane Keaton) and finds something profound in their mismatched outlooks on the world. And, in its specificity, Schickel found something universal:

Allen’s troubled personal life, including accusations that he sexually abused his adopted daughter, have since led some viewers to decide not to watch his movies. (Allen has denied the allegations of sexual abuse.) In 1977, however, the news about his new movie was mostly centered around its star, Keaton, rather than its filmmaker. Cinephiles of 1977 felt that they already knew Woody Allen, or at least his public persona, but TIME observed that — despite having worked in Hollywood for years, with several Allen movies and a few Godfathers under her belt — Keaton, who was also Allen’s ex, was still a cypher to audiences.

In a mini-profile of the actress that accompanied the review, and a subsequent cover story later that year, TIME revealed that there was a lot of Annie Hall in the actor who portrayed her. “Like Annie, Diane sees a shrink five times a week, and like Annie and Alvy, Diane and Woody decided to split three years ago.” But it was clear that there was still plenty to learn about her.

“She is always afraid that she is never going to work again. She worries that she hasn’t earned her success,” Allen told TIME. “[She] will have no problem whatsoever performing. But she worries that she is not an interesting singer. Now she is worried about her role in my new film and worried that when she is older she will be one of those actresses who haven’t aged well.”

Forty years later, as Keaton remains one of Hollywood’s biggest names, it’s clear that — at least in those departments — she had nothing to worry about. 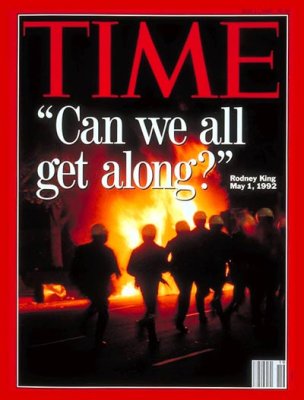