An attorney for Dr. David Dao, the passenger who was forcibly removed from a United Airlines flight Sunday, warned of a likely lawsuit against the company Thursday as he condemned the airline for using “unreasonable force and violence” to remove Dao.

Crystal Dao Pepper, one of Dao’s daughters, said her family was “horrified” to see her 69-year-old father on video being violently dragged out of his seat and down the aisle of a United Airlines flight after he refused to give up his seat to a United crew member.

“Seeing it on video made those emotions exacerbated,” she added.

Dao lost his two front teeth, broke his nose and suffered a “significant concussion” from the incident, which ignited intense outrage across the globe. Dao was discharged from the hospital late last night and has “absolutely zippo memory” of the confrontation, said Thomas Demetrio, one of the lawyers representing Dao.

“He’s shaken,” Demetrio said, adding that Dao will undergo reconstructive surgery. The attorney accused United of repeating a pattern of bullying its paying customers and suggested Dao’s legal team may pursue legal action to spur an “international discussion” on how airlines should treat its passengers.

“We want fairness in how people treat us. We want respect and we want dignity. That’s it,” Demetrio said at the news conference.

“Will there be a lawsuit? Yes, probably,” he added.

Demetrio said he wants Dao to become a champion in the upcoming battle against maltreatment by airlines. “I hope that’s what happens. I hope he becomes a poster child for all of us,” he said. “Someone’s got to.”

United expressed remorse over the incident again in a statement it issued after the press conference. “This horrible situation has provided a harsh learning experience from which we will take immediate, concrete action,” the statement said. “We have committed to our customers and our employees that we are going to fix what’s broken so this never happens again.” 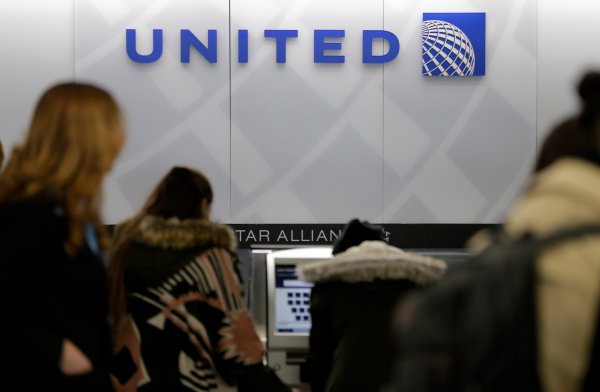