As the White House Turns: A Guide to the Shifting Power Centers Among Trump's Top Advisers

Donald Trump has called his White House a “fine-tuned machine,” an image that is at odds with the steady stream of sparks, springs and sprockets that have flown out of the West Wing since he was sworn in.

In fact, the team surrounding the President is among the most conflicted groups in memory, weaving together longtime Washington hands, military brass, family confidants, ideological revolutionaries and a coterie of high-powered former Wall Street executives. They are united by a common desire to help Trump succeed, but deeply divided by ideology and tactics.

At the matrix’s center is a President proudly untethered to any conventional political doctrine, who boasts about his ability to change as circumstances demand. Trump has always been transactional, looking to make deals with the people in the room and with the facts immediately before him. “I like to think of myself as a flexible person,” he said just before reversing his approach to Syria with a missile attack.

As a result, aides spend a lot of time jockeying for Trump’s attention. And while their alliances shift depending on the issues or the day, the faults tend to divide along cultural lines. Each week seems to bring a new group in or out of favor with the boss. The biggest loser of late has been Stephen Bannon, a strategist who championed Trump’s early blow-it-up strategy of governing. The President and other aides have since concluded that Bannon’s wrecking-ball approach has led to missteps, dysfunction and sagging polls. Trump suggested to the New York Post on April 11 that Bannon’s influence has limits. “I’m my own strategist,” he said.

Which means that for now other groups are ascendant, including the realist foreign policy advisers who supported the Syria strikes and the group of pragmatic advisers with Manhattan roots, who are working on recrafting the Trump legislative strategy after the failure of Obamacare repeal. The “fine-tuned” machine is about to get a tune-up. 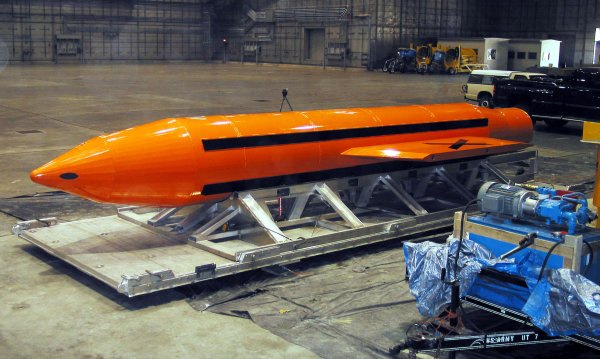 The U.S. Just Dropped the ‘Mother of All Bombs’ in Afghanistan. But What Is That?
Next Up: Editor's Pick