Prime Minister of Hungary, Viktor Orban, arrives at the scientific conference entitled "Europa Centralis - History of the Region Throughout the Ages" which was organized by the Jagiellonian University in Krakow, Poland to mark the one hundredth anniversary of the birth of the Polish professor of history Waclaw Felczak on Dec. 9, 2016.
Sipa USA/AP
By Ian Bremmer

On April 4, Hungary’s Prime Minister Viktor Orban scored a victory in his campaign against Western-backed institutions and companies when the parliament gave him the O.K. to shutter Central European University (CEU) in Budapest. The move helps Orban tighten his grip on power and may well spell the end for CEU, a prestigious and financially independent institution funded by Hungarian-born George Soros, a U.S. financier who has given heavily to liberal causes around the globe.

In Budapest, tens of thousands of people, mainly students, marched in protest at the treatment of CEU on consecutive weekends in April. But Orban won’t be inclined to back down. His growing control of Hungary’s traditional media ensures favorable coverage for the government and few opportunities for the fragmented opposition to make its case. He also knows that his fellow E.U. leaders are far more focused on French and German elections, Brexit negotiations and worries over Russia and Turkey than on Hungary. In addition, he’s unlikely to hear forceful complaints from the White House, given Orban’s outspoken support for Donald Trump and the Republican Party’s attitude toward Soros, a major donor to liberal causes and a longtime bogeyman for the conservative grassroots.

Orban has reversed course under pressure; in 2014, he tried to impose a tax on Internet traffic, but huge demonstrations and forceful E.U. criticism forced him to retreat. If the protests to save CEU become larger and angrier, political leaders in Europe might decide the defense of academic freedom (and attacks on Orban) makes for good politics. Foreign multinationals, especially those affiliated with CEU, would join the fight.

As things stand, however, Orban’s assaults on Hungary’s liberal opposition and its Western allies are poised to intensify, threatening agreements that allow foreign companies to operate in Hungary. The parliament is due to consider a bill that would force every civil-society organization and foundation that receives more than about $25,000 per year from outside Hungary to be labeled a foreign-funded organization, a move similar to laws passed in Vladimir Putin’s Russia aimed at minimizing “foreign influence” inside the country. Unless coordinated pressure from inside and outside Hungary forces Orban to backtrack, he’ll ride this strategy into elections next spring.

This escalation will test the determination of E.U. leaders to defend the integrity of European integration. It’s one thing to cut deals with Putin or Turkey’s Recep Tayyip Erdogan as they trample Western values within their own borders. It’s another when the leader in question is consolidating power in a country inside the E.U.

One defense strategy might be to strip Hungary of its membership in the European Parliament’s main center-right grouping. That would allow E.U. leaders to reduce the subsidies Hungary receives as a member state. Pretty quickly, Orban would have to choose between upholding respect for E.U. values and losing the benefits that come with being a member of the club. 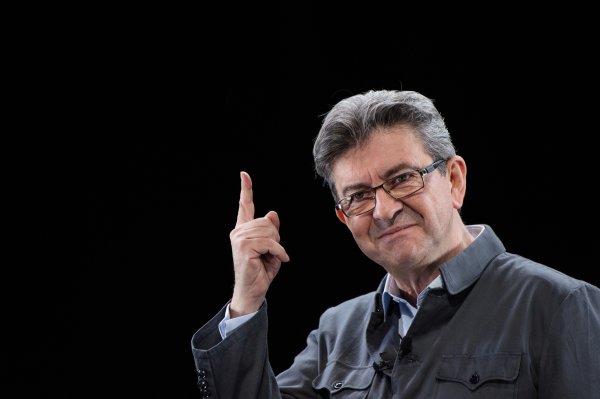 The Wild Cards of the French Election
Next Up: Editor's Pick