TIME asked Illustrator Louis Glanzman to use Charles Willson Peale's 1791 portrait as a model for the cover of the July 4, 1976, issue.
Louis Glanzman
By Olivia B. Waxman

Thursday marks the 274th anniversary of Thomas Jefferson’s birth. But don’t worry if you didn’t plan a celebration honoring the Founding Father and third President of the United States: During his lifetime, he never wanted people to throw him a birthday party, and no reference to one has ever been found in his or his family’s papers, according to Monticello, the museum on the site of his Charlottesville, Va., home. In fact, as he summed up his dislike for birthdays to his Attorney General in 1803, “…disapproving myself of transferring the honors and veneration for the great birthday of our republic to any individual, or of dividing them with individuals, I have declined letting my own birthday be known, and have engaged my family not to communicate it. This has been the uniform answer to every application of the kind.”

And in fact, he wouldn’t like that TIME has written extensively about the history of the American Revolution, for when an 80-year-old John Adams asked Jefferson who would ever be able to write the history of that time, Jefferson responded: “Nobody; except merely its external facts…The life and soul of history must for ever be unknown…”

But, even though it might be against his wishes, here’s a short reading list of articles from the TIME archives on how his political views have influenced the modern political system:

TIME recreated the events of 1776 in its signature newsweekly format.

TIME’s cover story on his legacy, for the bicentennial of his re-election as President, starts off with a surprising tidbit: Jefferson almost didn’t run for president, vowing to retreat to his farm and spend more time with his family.

“See Thomas Jefferson’s Letter Declaring That He Wouldn’t Give a State of the Union Speech” (Jan. 11, 2016)

Jefferson’s started the tradition of delivering the State of the Union address in writing.

“How the Rivalry Between Thomas Jefferson and Alexander Hamilton Changed History” (Feb. 15, 2016)

The Founding Fathers clashed over philosophical differences about the role that the federal government should have in people’s lives, a rivalry evident by the political parties each formed that are now known as the first party system.

TIME Editor Nancy Gibbs ties President Donald Trump’s relationship with the press to Jefferson’s argument that given the choice between “a government without newspapers or newspapers without a government,” he wouldn’t hesitate to choose the latter. 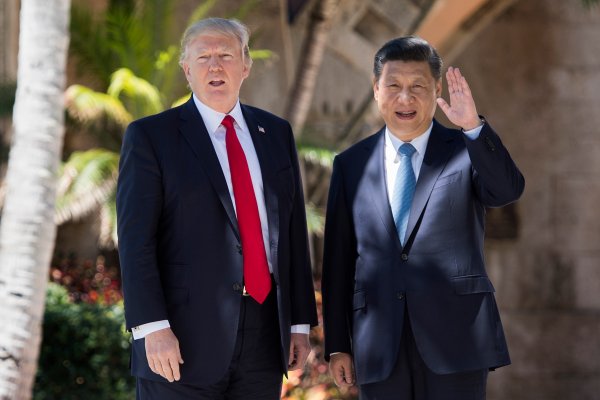