After Yara Shahidi casually revealed last month that the former FLOTUS Michelle Obama wrote her a recommendation letter for her college applications, the Blackish star revealed she had finally received the results. “I got into every college I applied to,” Shahidi told Seventeen. “So, that’s really exciting. I found all of that out last week. My college plans are all up in the air, but I will choose within the next month.”

Of course, Obama isn’t the only reason why Shahidi was accepted into two Ivy Leagues, four state institutions, and one historically black college. Just one conversation with her will show you just how intelligent, driven, and well-rounded she is, and she also maintained a 4.6 GPA in school, all while starring on her hit ABC show. In addition, Shahidi has a passion for inspiring young people, and has worked alongside Obama on her education initiative Let Girls Learn—among other (separate) projects.

Like Obama’s daughter, Malia, the 17-year-old actress decided to take a year off before she heads to a university. Last October, Shahidi explained why she wanted to do a gap year, telling People, “I know when Malia Obama announced [she was deferring], she got a lot of slack, but I feel like what’s interesting is I know so many people that are deferring.”

“It’s more than to just roam around or just sit down and stare at a wall, but it will also give me an opportunity to work,” Shahidi said. “I’ve been working more than half of my life and that’s always been balanced with school and all of the other responsibilities, so to have a year to focus on work and to focus on specified interests will be nice before I pick a career and choose what I want to study and my life path.”

When the thesp does enter her freshman year, she plans to double-major in African American studies and sociology. “As much as I want free time, I love to challenge myself,” she told Seventeen of her decision to double major. “And so it really goes back to the point that I want to study as much as possible and [doing] a double major is the solution.” 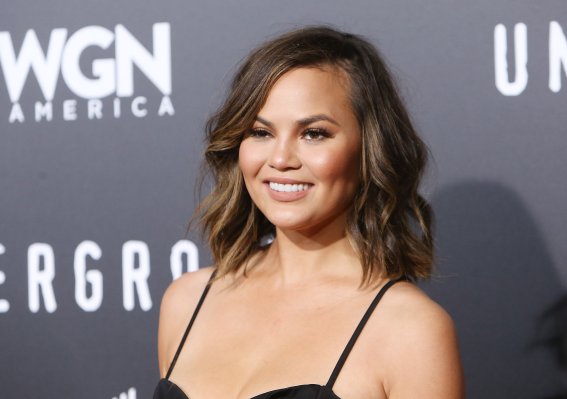 Chrissy Teigen Says No Woman Should Be Pressured to Have Kids
Next Up: Editor's Pick