Big Little Lies Author Reveals What a Season 2 Would Include

Big Little Lies‘ director Jean-Marc Vallée has said he doesn’t see the HBO drama getting a second season, but Liane Moriarty — who wrote the novel the series was based on — is open to continuing the story.

“The producers have asked me to see if I can come up with some ideas,” the writer told Australian publication The Sydney Morning Herald. “I wouldn’t write a new book but perhaps a new story and then we’ll see what happens.”

The show stars a powerhouse cast — including Nicole Kidman, Reese Witherspoon, Laura Dern, Shailene Woodley, and Zoë Kravitz — and concluded with all five women banding together against Alexander Skarsgard’s Perry, Celeste’s (Kidman) abusive husband. The typically gentle Bonnie (Kravitz) ends up ultimately killing him, though the show doesn’t delve into her history with abusive men like the book does.

“The obvious thing is, first of all, I think we could bring in more of Bonnie’s story from the book,” Moriarty says. “And also what happens next [for Celeste]. That’s the question that’s also a really interesting thing, when you’ve been through a relationship like that, how do you feel now? How would she feel? She’s grieving. She’s still grieving for the end of a terrible relationship and I think that would be a really interesting thing to explore. So there’s a whole lot of different story lines.”

Kidman recently spoke to EW about the possibility of season 2, pointing out that because Bonnie’s backstory is “complicated” in the book and “not fully explored” on the show, another round of episodes could be good to flesh that out. 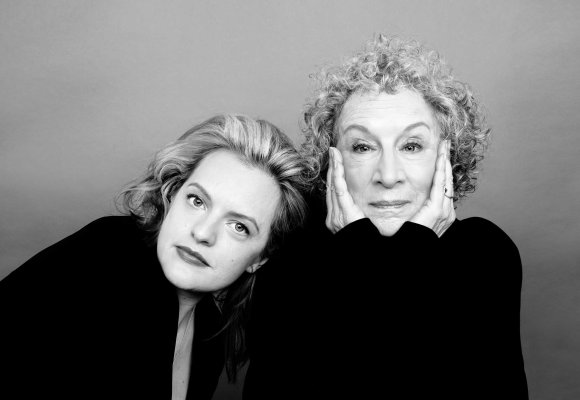 Margaret Atwood and Elisabeth Moss on the Urgency of The Handmaid’s Tale
Next Up: Editor's Pick