Why Gamers Should Care About the Latest Windows Update

The fabled, freebie Windows 10 Creators Update, which began rolling out April 11, harbors a hodgepodge of changes for Microsoft’s nearly two-year-old operating system. It’s full of features with broad audience appeal, like a new 3D Paint app, tweaks to the Edge browser, voice-controlled music playback (including asking by mood, category or activity), night mode lighting and security perks like an option to auto-lock a smartphone when you step away from your PC or tablet. All of this stuff sounds like gravy.

But for gamers, the most significant change in “Windows 10 Redstone 2″—the update’s technical name, a reference to Minecraft—involves foundational alterations to the way Windows 10 interacts with any Win32 or Universal Windows Platform game. It’s oversimplifying things to say the alterations make the experience more like playing on an Xbox, but it oversimplifies nothing to couch the update as a milestone in a process — ongoing at least since the Xbox adopted Windows 10 in November 2015 — that seems to be marching toward the functional convergence of Microsoft’s console and PC platforms.

Hitting high frame rates defines nirvana for most PC gamers, and almost always involves investing in pricey hardware upgrades. But achieving consistency across a given frame rate is at least as vital. Game consoles generally juggle a handful of primary tasks at a time, but PCs can sometimes juggle dozens. Your Xbox One is either streaming 4K video or playing a game, but it’s never doing both. But a PC could be serving audiovisual content to remote clients (as a media server, say), scanning for malware, and downloading system updates—all as you’re trying to fend off ultra-high-definition waves of hostiles in a power-hungry game like Gears of War 4.

Performance bottlenecks are mostly down to hardware limitations, say you’re looking to hit 60 frames per second in Forza Horizon 3 at 4K with the detail dials buried, but your system can only cough up rates in the 50s. The path to 60 in this case either means turning down detail settings, or spending hundreds on hardware overhauls. On the other hand, sometimes these bottlenecks are because Windows has too many balls in the air, and at some point they’re fated to collide in ways that tarnish your gaming experience. Maybe you can hit 60 frames at 4K in Forza Horizon 3 with ease, but notice the frame rate on occasion yo-yos inexplicably.

That’s where the Creators Update may help. It takes a longstanding Windows concept, whereby you could manually tell Windows to give a process higher system priority in the Taskbar, and lets you wrap whatever game you like inside a comparable sort of performance firewall. In essence, Game Mode is designed to “protect” a game from outside interference. With the Creators Update installed, all you have to do is pull up the Game bar after launching a game (Windows key + G), click the Settings button, then enable Game Mode. You can alternatively hit Windows key + I to bring up general Settings, go to the new Gaming section, then enable Game Mode globally, if, like me, you use your PC strictly for gaming.

At this point, the adage “your mileage may vary” can’t be overstated. Most sites report the performance improvements are negligible to nil on enthusiast-caliber hardware, speculating that you’re more likely to see benefits if you’re rocking lower-end gear, or are bound by a slower CPU. Microsoft itself describes the Creators Mode version of Game Mode as “just the first milestone in our commitment to Game Mode and Windows 10 performance improvements for PC gaming,” as if it, too, understands the benefits are going to be invisible to most out of the gate. How much is anyone going to notice a momentary 2 to 3 frame rate drop in games like Overwatch or Call of Duty: Infinite Warfare anyway?

My assumption is that Game Mode, like any architectural change of a catchall nature, is going to benefit more from developmental optimization as time goes on. The irony, if that’s correct, and assuming the majority of PC gamers enable Game Mode at the system level, is that the performance benefits in games to come could be both significant as well as completely unnoticeable. No one’s going to miss what they weren’t able to discern in the first place. Microsoft has a marketing circle to square, in other words, both because Game Mode at launch doesn’t obviate itself, and Game Mode down the road may wind up eliding itself.

The other Creators Update feature to pay attention to is Beam, a built-in streaming tool that lets you broadcast what you’re up to from the Game bar. Just tap the Windows key + G, then the Beam icon, and you can broadcast to whatever channel you’ve configured by way of Beam.pro, the streaming service Microsoft snapped up last August. Why would you use Beam instead of YouTube or Twitch? Because Beam offers significantly lower latency (less than a second), which makes chatting functionally realtime and allows for new forms of gamer-watcher interactivity (like triggering sound effects), lag-free.

Otherwise, and this may sound odd but hear me out, the thing I’d love to see down the road is some sort of Game Mode interface wrapper tooled for devoted TV-PC gamers like me. Steam’s “Big Picture” mode already lets you drive Valve’s digital emporium with a gamepad. But Steam is a walled garden. It doesn’t have Minecraft, or Gears of War 4, or Forza Horizon 3, or all the other essential Microsoft-Xbox crossover games I’d rather experience on my PC than either an Xbox One or Project Scorpio. If I could boot Windows 10 into a mode that looked a bit more like the Xbox One’s, gamepad or bust, I’d be over the moon.

But I’ll take what I can get. And with the Creators Update, to say nothing of the strides made by Xbox Play Anywhere, we’re a long ways in the right direction from honorable but erratic and ultimately doomed efforts like Games for Windows. 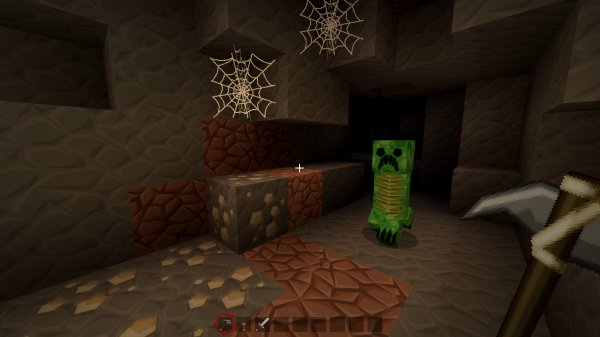 Minecraft for Windows 10 and Mobile Is Finally Getting a Creator Marketplace
Next Up: Editor's Pick