President Donald Trump spoke with his Chinese counterpart Xi Jinping by phone Wednesday, the latter calling for a peaceful resolution to escalating tensions between the U.S. and North Korea.

Xi told Trump that Beijing “proposed to resolve the issue through peaceful means,” according to a readout released by China’s Ministry of Foreign Affairs. The statement said that Xi also stressed his commitment to “denuclearization on the peninsula, safeguarding peace and stability,” stating that China remains willing to coordinate with the U.S. toward those ends.

The readout does not specify who initiated the call, made just days after the U.S. alarmed Asian leaders by dispatching an aircraft carrier and strike fleet to waters near the Korean Peninsula in an apparent display of force. The move made regional neighbors nervous and infuriated Pyongyang, which warned of “catastrophic responses” to any further aggression by the U.S. military.

North Korea’s progress toward nuclear armament was high on the agenda when Trump and Xi met for the first time in Florida last week, though no breakthrough was announced for further cooperation on curbing Pyongyang’s weapons program. Prior to their meeting, Trump had warned that he may attempt to use trade as leverage to coerce Beijing into cooperating, while warning that the U.S. was prepared to act unilaterally if China would not assist.

Pyongyang has provoked Washington by carrying out five nuclear tests since 2006, and increasingly frequent missile launches.

Trump expounded on Twitter this week that he had “explained” to Xi during their meeting that trade with the U.S. “will be far better for them if they solve the North Korean problem!” This was followed shortly by another tweet reiterating that the U.S. was prepared to act alone. “North Korea is looking for trouble. If China decides to help, that would be great. If not, we will solve the problem without them! U.S.A.,” read the tweet. 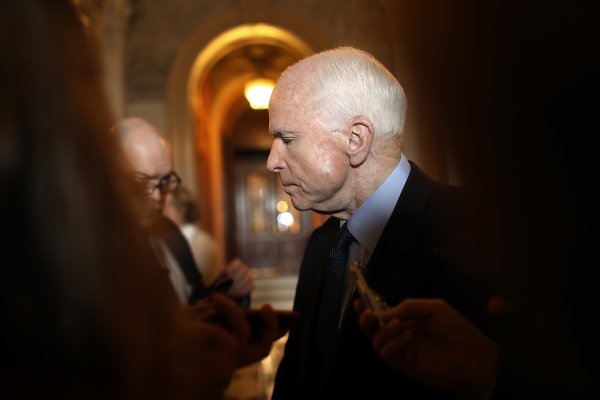