The Sole-Surviving Animals at Mosul Zoo Were Rescued: 'We Came to Iraq to Save a Bear and a Lion'

An abandoned lion, Simba, stands in its cage before receiving treatment from members of the international animal welfare charity "Four Paws" at the Muntazah al-Nour zoo in eastern Mosul, on Feb. 21, 2017.
Safin Hamed—AFP/Getty Images
By Kate Samuelson

A lion and bear have been rescued from a privately owned zoo in the war-torn city of Mosul, Iraq, and flown to the neighboring Jordan for safety.

Members of the international animal charity Four Paws, led by the vet Dr. Amir Khalil, found Simba the lion and Lula the bear abandoned in their cages at Montazah al-Morour Zoo when they gained permission to enter the ravaged city last February. The animals, which were the only creatures still alive, were suffering from diseases caused by malnutrition and lack of veterinary care, as well as bad teeth, pneumonia and ill joints, according to their blog post.

Four Paws launched a mission to move the animals to a new, “species-appropriate home” and on March 28, the team flew from Kurdistan, to Mosul. Everything was going according to plan until they reached the first checkpoint. “There we were stopped and detained. We negotiated, but did not succeed. Lula and Simba had to go back to the zoo, we were asked to leave Mosul without them,” the team wrote in the blog post.

After more negotiations and various setbacks, Four Paws finally rescued the animals and brought them to safety

“We did it!!! We saved Lulu and Simba!” the team wrote on Facebook. “Lula is now living in a grass-covered enclosure for the first time in her life… Lula will receive all the time she needs. She has been through so much in her life. She deserves it.”

The post added: “Thank you all for your ongoing support those last two weeks. We came to Iraq to save a bear and a lion and were not sure how the outside world would react to our mission. But from the beginning, you were by our side, fighting for Lula and Simba. We all together have made this moment possible! Thank you from the bottom of our hearts!” 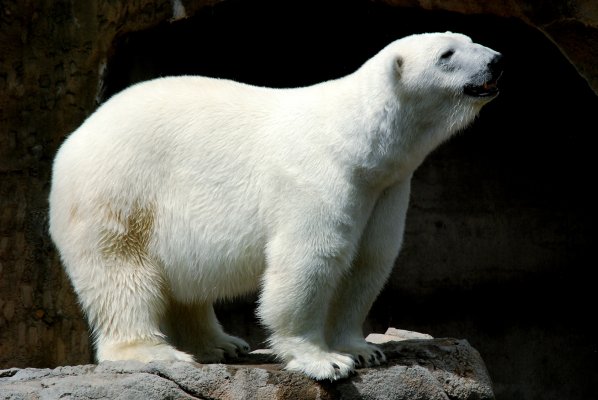 A Beloved Polar Bear in a Utah Zoo Has Been Euthanized
Next Up: Editor's Pick