Should Overbooking Flights Be Illegal?

A United Airlines Airbus A319 passenger plane taxis toward a gate at Denver International Airport in Denver, Colo., on Aug. 25, 2016.
Robert Alexander—Getty Images
Ideas
By Nate Hopper
Hopper is a former Ideas Editor for TIME.

Videos of several law enforcement officers dragging a man off a United Airlines flight departing Chicago’s O’Hare airport for Louisville shocked the Internet on Monday. The incident was a rare result of a common practice known as overbooking, in which airlines sell too many tickets, assuming people will either miss or not show up for a flight — or enough customers will volunteer to be compensated handsomely to depart later.

Normally, this transaction is completed before passengers enter the plane. But for reasons still unclear, United allowed people to board before realizing it needed to make room for four members of its staff. After making several offers to the seated customers but receiving no volunteers, airline staff then proceeded to the last action they can: “involuntarily denied boarding.” According to the Department of Transportation’s laws, airlines have the right to do this, as long as they pay the displaced customer for their troubles — up to a maximum of $1,350. Yet this also typically happens before the plane is boarded.

The entire situation — airlines selling more tickets than they have seats, then having a ticket holder dragged off a plane for refusing to vacate a space he seemed to have paid for — struck many people as strange, especially if it was all legal. TIME spoke with to Charles Leocha, chairman and cofounder of the consumer advocacy group Travelers United, and a member of the Department of Transportation’s Advisory Committee for Aviation Consumer Protections.

TIME: Should overbooking be illegal?

Charles Leocha: If overbooking is made illegal, ticket prices are going to go up. The airlines normally do a pretty good job on overbooking. People know it’s coming, and they are willing to allow themselves to be bribed to get off the flight. People who are actually bumped and are really irritated about it are almost nonexistent — it’s a tiny percentage. But the people who want lower prices are around 100%.

So we’re all the beneficiaries, except in relatively rare scenarios?

Exactly. This whole situation has really nothing to do with overbooking. This situation has to do with total mismanagement by the airlines. For them to have a whole plane loaded and then to realize they had to move four employees, that’s just ridiculous. They had to know that fifteen minutes earlier, before they finished boarding the plane. Then they could’ve dealt with it like they ordinarily would’ve.

The relevant Department of Transportation law says that people can be “denied boarding.” Can a person legally be forcibly removed after boarding the plane?

I’ve never seen a situation like this before in my life. But because all the rules with airlines are written with so many loopholes and caveats, I think no one in the airline is going to go to jail even though this guy got beaten up and knocked all over the place and dragged down the aisle.

Are passengers legally obligated to obey airline staff once they exit the airport and get on the plane?

Before you get onto the flight, you’re in the general world. But airlines have control over their planes just like a captain in the old days has control over his ship. They are the ultimate authority. If you don’t obey a crew member, then you can be removed or punished. However, if they violate regulations or violate the contract of carriage, then the airline is liable. And the airline has to deal with federal laws. That’s why DOT is so important: They’re the judge and the jury. And they have not been holding airlines’ feet to the fire. I called them and asked if what happened was legal. They said they have to look at it more.

Many people are under the impression that when they buy an airline ticket, they are purchasing a seat on the plane. What are people actually paying for?

What should United have done instead?

The only reason this happened is because of the airline’s incompetence. First in not being able to manage its own staff. And next, whomever made the decision to send the police on board to forcibly take people off had a lot of different options. They could’ve put their own people on a different flight. They could have sent a couple of crew members across town to the other Chicago airport. They could have put the crew on a Southwest flight. And if they had offered passengers $1,350 in cash, I bet they would have had ten people jump up and take it. And there would’ve been people who would’ve rented a car and drove down to Louisville. There were a lot of things the airline could’ve done, but they didn’t. 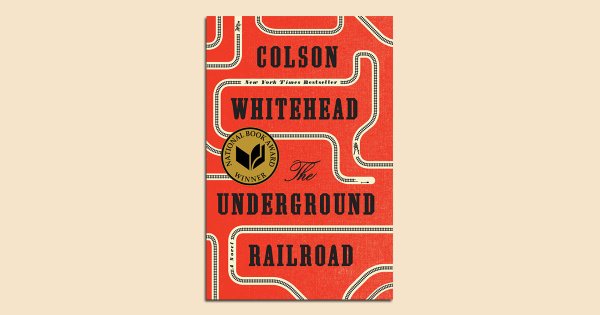