Pippa Middleton, sister to the Duchess of Cambridge, is gearing up for her own big day at the end of May. And on Monday, Kensington Palace released an all-important teaser of a factoid about the upcoming ceremony, one that’s sure to please a legion of royals fans: Prince George and Princess Charlotte are set to star in the bridal party as a page boy and bridesmaid at the event, as PEOPLE confirmed. (Notably, Charlotte’s being given a very grown-up role; no flower girl petal-tossing for this young princess, although she might still not be the ideal assistant to help her aunt with her dress train. She will only have just turned two years old, after all.)

The younger Middleton sister rocketed to international fame after making her own splash at Kate’s globally-televised ceremony in 2011 as the maid of honor. It remains unclear what official role Kate will play in her sister’s impending nuptials to financier fiancé James Matthews, and how Prince William may or may not participate, but they’ll both be there, of course.

One thing, however, is certain: the wildly photogenic George and Charlotte will be stealing the show. Sorry, Pippa, but that’s just what happens when you add two of the world’s most famous children to your bridal squad. We already know they love a good party. 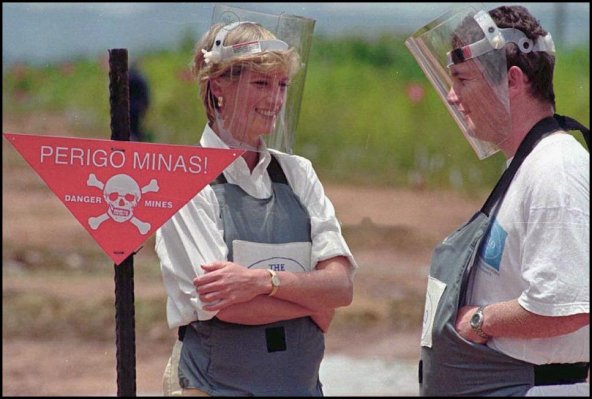 Prince Harry: Keep Diana's Legacy Alive By Ridding the World of Landmines
Next Up: Editor's Pick