Yoga May Help the Side Effects of Cancer Treatment

Researchers have put yoga to the scientific test for years, and the results so far have been impressive. The practice has been shown to lower risk for heart disease, type 2 diabetes, depression and hypertension.

But yoga can also help those who are already ill feel better. A new study suggests that doing yoga twice a week may improve quality of life for men being treated for prostate cancer and may help reduce the side effects of radiation, which include fatigue, sexual dysfunction and urinary incontinence.

The study, published in the International Journal of Radiation Oncology, Biology, and Physics, followed 50 men with prostate cancer as they underwent six to nine weeks of radiation therapy. Half of the men were assigned to attend two 75-minute yoga classes each week during their treatment.

At the beginning of the study, before radiation had started, men in both groups reported relatively low levels of fatigue. As treatment progressed, however, the men who didn’t take yoga had more fatigue—typical of the fourth or fifth week of a treatment course, the researchers say.

But for those who took yoga, fatigue dropped as the weeks went on. Overall, these men reported less fatigue and a better ability to go about their normal lives, compared to the group that didn’t do yoga.

“Even with the additional time commitment, they felt a renewed sense of energy,” says lead author Dr. Neha Vapiwala, associate professor of radiation oncology at the University of Pennsylvania Perelman School of Medicine. “It could be the physical activity, or it could be the social component and the fact that they’re doing something proactive for their health.”

Another common side effect among men undergoing radiation and androgen deprivation therapy (ADT) is sexual dysfunction, which affects up to 85% of men during treatment. In this study, both groups started with erectile function scores of about 11 on a 25-point scale; scores below 12 indicate moderate-to-severe dysfunction.

Vapiwala says that yoga has been shown to strengthen pelvic floor muscles, which may explain why sexual and urinary function were largely preserved in the yoga group. Yoga, like other types of exercise, can also increase blood flow throughout the body—an important component of muscular and erectile health.

Physical and emotional well-being scores increased as patients in both groups progressed through their treatments, but those in the yoga group had more rapid improvements.

“There could be a number of things going on, and it may not be that all of the mechanisms work for everyone,” she says. “One man may get more of a psychological benefit from yoga, whereas for others it might have a purely vascular effect. Someone else with urinary issues might benefit from a stronger pelvic floor.”

The study did not include people who had medical conditions restricting their ability to do yoga, or whose cancer had spread beyond the prostate. It also didn’t compare the effects of yoga to other types of exercise, a direction the authors say future research could take.

The classes in the study followed the Eischens style of yoga, which focuses on the energy of poses rather than the complexity, the authors wrote in their paper. The method uses props and modifications for difficult poses, which makes yoga more accessible to beginners of all body types. Each class incorporated sitting, standing and reclining positions, and began with five minutes of breathing and centering techniques.

Larger and longer studies are needed to better understand exactly how yoga protects against the side effects of radiation, the authors write, and to find out whether these protections last. But based on the current research, Vapiwala says she recommends the practice to her prostate cancer patients.

She urges men to try classes that are advertised for all levels, to tell the instructor that they are new to yoga and to ask about modifications for difficult poses. “Don’t count yourself out based on what you think you know about yoga,” she says. “It’s not a performance or a competition, and you don’t have to be standing on your head on day one.” The benefits, it appears, come far before that. 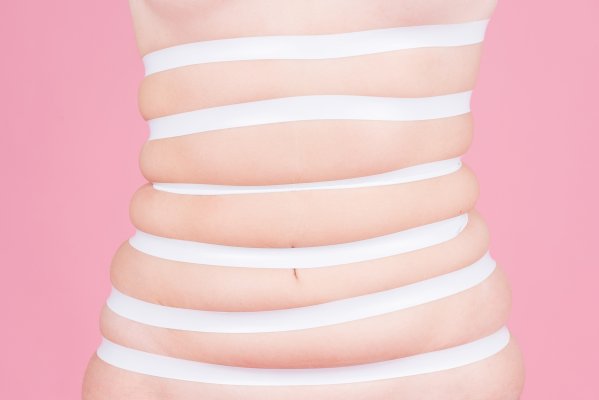 Why Exercise May Be More Important than Body Fat
Next Up: Editor's Pick