A striking photo of a woman smiling defiantly at the leader of a far-right party during a demonstration in the English city of Birmingham on Saturday has gone viral, with huge numbers of people sharing the image on social media and describing it as a symbol of resistance in the face of racism.

The demonstration was organized by the right-wing English Defence League (EDL) movement, a protest group that describes the Islamic religion as “an authoritarian, political doctrine which imposes itself by force.” Despite being condemned by a number of leading Birmingham city council representatives, Saturday’s meeting, which attracted around 100 supporters, still went ahead — albeit with a huge police presence.

Although the afternoon demonstration began calmly, with talks from various EDL members including its leader, Ian Crossland, scuffles soon began to break out in the crowd. Joe Giddens, a photographer for the U.K.’s Press Association, headed towards a commotion at the back of the square. He heard a girl in a headscarf shouting about notions like ‘Nazis’ and ‘free speech.’ “She was making her presence known,” he told TIME over the phone. “The mood had changed.”

About five minutes later, Giddens noticed an EDL member — whom he later realized was Crossland — pointing his finger in a woman’s face. Before the woman, who has since been identified as Birmingham resident Saffiyah Khan, was led away by police protecting her, Giddens quickly snapped a photo and filed it among his various pictures of the demonstration. “In terms of the event, that photo worked well; there was a protester, an EDL member and a member of the police,” Giddens explained. “But it wasn’t until I properly looked at the body language and the expression on the woman’s face that I realized how powerful the photo was.”

Giddens didn’t realize that his photo had gone viral until a colleague tagged him in a tweet sent by Piers Morgan, calling it the photo of the week. “That was when I first understood that there was a growing interest in the picture,” Giddens said. “And then yesterday, it really took off. It’s quite bizarre. Sometimes when you take a photo you know straight away it will be big, and other times you take one thinking ‘there’s not much in it’ and get proved wrong.”

Although Giddens is hesitant to call the photo career-defining, he told TIME that it is by far the most iconic photo he’s taken. “It’s probably the picture I’m most known for now,” he said.

“I think the reason it has made such an impact of because of the body language,” he added. “Khan looks very calm and collected; she has a smile on her face and her hands in her pockets. By way of contrast, Crossland looks angry. I wouldn’t say he’s confronting her and getting up in her face but when you compare the two he definitely looks more riled up. I think that’s what makes it so special – her expression and the fact that she doesn’t look intimidated or scared whatsoever.” 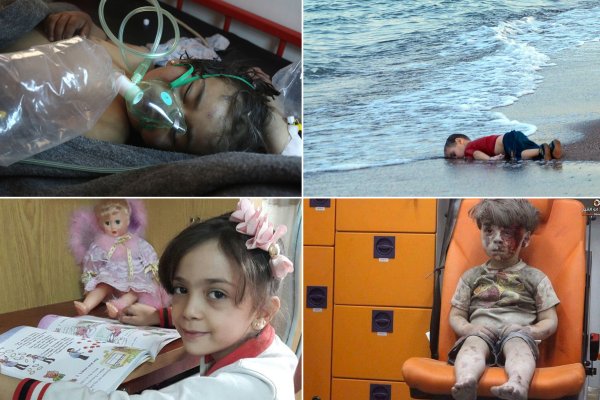