A news anchor in India remained composed as she reported the breaking news of a deadly car crash which she suspected involved her husband.

IBC24 senior anchor Supreet Kaur announced a car accident on Saturday morning when the details, such as location and types of vehicles involved, led her to believe her husband may have been a victim, CNN reports. She continued reporting and learned after her broadcast that her husband had indeed died in the truck and SUV crash that killed three and injured two, according to CNN.

“She was doing her job, and she kept on doing it with composure and without showing her emotions on air,” IBC24 editor in chief Ravi Kant Mittal told CNN. The broadcast included another reporter detailing the crash and blurred photos of the victims.

Kaur was overcome with grief when the death of her husband, Harshad Kawade, was confirmed. The couple had been married for 18 months, according to Mittal.

IBC24 broadcasts for the Indian states of Madhya Pradesh and Chhattisgar. 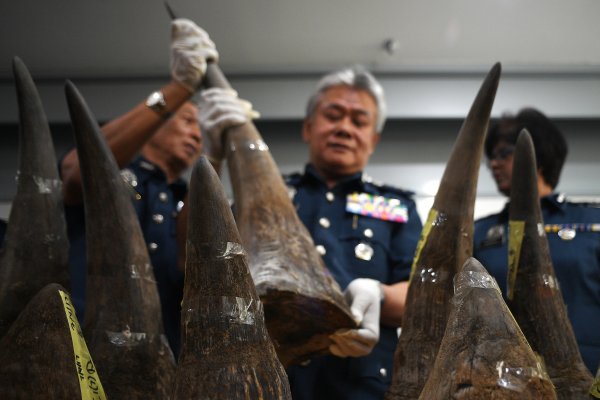 Rhinoceros Horns Worth Over $3 Million Seized in Malaysia
Next Up: Editor's Pick