On Monday night’s Better Call Saul, we finally got to see what had long been hinted: Gus Fring in full. A favorite villain from Breaking Bad, Gus (Giancarlo Esposito) share a substantial and virtuosic scene with Bob Odenkirk’s titular lawyer. It was a master class in quiet menace. And it was disappointing, too. Even though viewers had known it was coming for weeks, there was a bit of a deflating effect to further attempts to tie Better Call Saul more snugly to Breaking Bad. This show, which has grown into one of TV’s best dramas, doesn’t need the crutch.

Saul is a Breaking Bad prequel, which accounts for how Gus (who died on the drug-dealer drama) was able to return at all. It’s tracked the shifting moral compass of Jimmy McGill (Bob Odenkirk), a born con artist who yearns to be a legitimate lawyer. (He ended up splitting the difference, on Breaking Bad, as a crooked lawyer under the alias Saul Goodman.) But the show has found, over its first two seasons, its own remarkable and odd tone, replacing Breaking Bad‘s Grand Guignol mania with a smaller-scale curiosity about human nature. Saul is a tragedy, but one that paints with finer brushstrokes than its predecessor.

The two shows are bound to find their synthesis. Jimmy will eventually become Saul. But this journey is interesting enough without having to overplay the Breaking Bad connections. One man’s slipping away from goodness and towards corruption is compelling enough, bolstered as it has been by characters and scenarios entirely its own. Jimmy’s relationship with Kim (Rhea Seehorn)—a far more morally upright attorney who’s nevertheless drawn to his taste for the grift—is as complicated and rewarding as any on TV. And his vexed ties to his accomplished, sick lawyer brother (Michael McKean) have provided the engine for both stabs at self-improvement and the darker impulse to just give up.

Which isn’t to say that the entry of Gus can’t be complicated and rewarding. It’s just different. The writers of Better Call Saul, going back in time to before Saul Goodman’s name change and fall from grace, had little obvious associations on which to rely. The mastery of the show depends on how it’s different from Breaking Bad, to make us feel, all the more, the pain of Jimmy’s evolution. Gus, who encounters Jimmy doing a reconnaissance mission inside his fast-food restaurant and manages to shake him off elegantly and without ever letting his facade of amiability down, is as suave and assured as ever. Later, having apparently realized that Jimmy has caught on to the role he plays in crime in the region, he delivers a chilling look into the middle-distance. Their chance meeting seems fated to end up something grand and earth-shattering.

It’s all good fun. And, as Gus, Esposito is unsurprisingly great at summoning all the old familiar responses from us: fear, and delight in our fear. But Saul isn’t a show that’d seem to have room for a Big Bad. Even its biggest emotional beats are rooted in the mundane. While it’s true that Gus, too, is not yet what he’d eventually become (a fearsome titan in the world of crime), he lacks the shading and ambiguity that makes the show what it is. Orderly and utterly lacking in remorse, he’s basically a supervillain. And this is a show that’s excelled at showing us the painfully human.

In this episode along, after the Gus contretemps, Jimmy realizes a conflict with his brother, petty and small but with potentially major repercussions, is coming to a head; frustrated, he rips off some painter’s tape he’d painstakingly applied to a wall, damaging his own paint job and briefly getting out his frustration. It’s a moment that I can’t do justice to in words, depending as it does on the performance. But if I say “Gus Fring,” you know exactly what I mean; his presence allows the methodical writers to work in a shorthand that certainly achieves its goals but may not be as tight as Better Call Saul fans are accustomed.

Of course Jimmy will, eventually, shed his last moral impulses, and tangling with Gus is certainly an origin story. I just don’t know that a show this good at ambiguity was ready to enter the world of archetypal evil. Even as I know ratings will go up with every bit of dark glowering into the distance and every hint of insanity ahead. 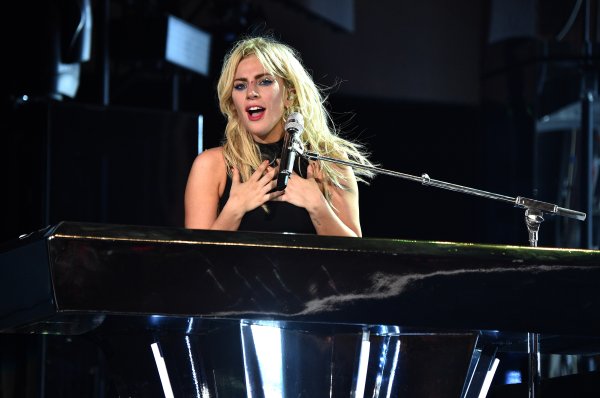