“I think it probably was partially to blame,” McCain said on CBS’s Face the Nation on Sunday. “And Secretary [of State Rex] Tillerson basically saying the same thing after kind of contradicting himself and then saying the same thing argues vigorously for a plan and a strategy. As I said again, taking this action I support and was important.”

McCain was alluding to recent statements made by Tillerson, who said the “longer term status of President [Bashar] Assad would be decided by the Syrian people,” during a press conference in Turkey in late March.

McCain said the strikes were an “excellent first step” and a “reversal of the last eight years,” but called on the President and his administration officials to develop a full strategy on Syria going forward, which has not been made clear in the wake of last week’s strikes against a Syrian airbase. While United Nations Ambassador Nikki Haley has said Assad’s removal is imperative to any peace process, Tillerson has said the Administration’s priority is defeating ISIS terrorists.

McCain rejected Tillerson’s argument, saying the Administration should be able to handle both issues and that they’re “totally connected.”

“You can’t—to a large degree, Bashar Assad, by polarizing the Syrian people have also given rise to ISIS and Al Qaeda,” McCain said. “So they are both connected. And I believe that the United States of America can address both at the same time. We can walk and chew gum. We have the capability to do both.” 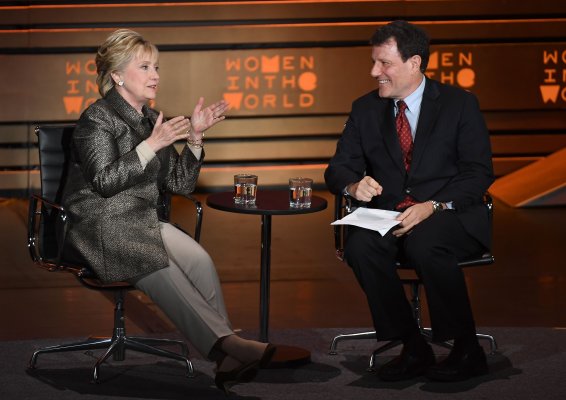 Hillary Clinton Called for Strikes Hours Before Syria Attack
Next Up: Editor's Pick