French presidential election candidate for the far-right Front National (FN) party Marine Le Pen delivers a speech during a campaign meeting at the Palais des Congres in Ajaccio on the French Mediterranean island of Corsica, on April 8, 2017.
Pascal Pochard-Casabianca—AFP/Getty Images
By Tara John

The far-right French presidential contender Marine Le Pen has been criticized after denying over the weekend that the French state was responsible for rounding up Jews for deportation to Nazi death camps during World War II.

“I think France isn’t responsible for the Vel d’Hiv,” National Front’s Le Pen told the French press on Sunday of the German-ordered roundup of Parisian Jews on July 16, 1942, Reuters reports. The detained Jews were packed into the Winter Velodrome cycling stadium, known colloquially as Vel d’Hiv, before being sent to the Auschwitz extermination camp.

“I think that, generally speaking, if there are people responsible, it’s those who were in power at the time. It’s not France,” Le Pen said in comments that were later condemned Monday by both Israel and Emmanuel Macron, who is an independent presidential candidate.

Former President Jacques Chirac and current leader Francois Hollande have recognised that the French State share responsibility for deporting Jews to Nazi death camps, where some 76,000 French Jews died. Le Pen, whose father Jean-Marie has been convicted for anti-semitic and racist comments, said that France has “taught our children that they have all the reasons to criticise (the country), and to only see, perhaps, the darkest aspects of our history.”

Le Pen later issued a statement seen by the Guardian saying that she considers that “France and the Republic were in London during the occupation,” adding that the Vichy regime, which collaborated with the Nazis, “was not France.”

“This does not at all exonerate the actual personal responsibility of those French who took part in the vile Vel d’Hiv round-up and all the atrocities committed in that period,” she said. Le Pen’s comments come in advance of the first round of France’s presidential election on April 23, in which she still holds a narrow lead over her rivals, according to opinion polls. 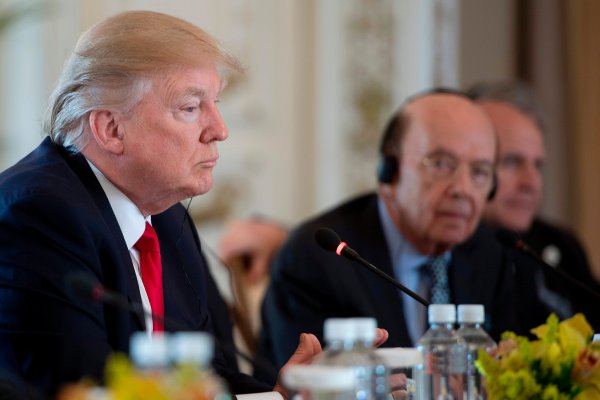 Unilateral Action by Trump on North Korea Solves Nothing
Next Up: Editor's Pick