John Oliver, a Juggalo, and a 47-Year-Old Quidditch Player Make a Point About Gerrymandering

On Last Week Tonight, John Oliver took a moment to talk about democracy, a.k.a. “undeniably the best Greek export that doesn’t have fruit at the bottom.”

Specifically, Oliver wanted to talk about the impact that gerrymandering of voting districts has on democracy, because he believes it’s why the Republicans have such “an edge” in the House of Representatives. To prove his point, Oliver pointed to how the voting district lines were drawn in Pennsylvania and Ohio, leading to a surprising number of Republicans being elected in ostensibly Democratic districts. “Those numbers are way out of proportion to what people should expect,” Oliver said. “You wouldn’t expect Neapolitan ice cream that’s 70% strawberry. That’s not okay.”

“There’s nothing inherently wrong with re-drawing a voting district,” said Oliver, noting that the national census is meant to show how the population has shifted and ensure that they are properly represented in the House of Representatives. The problem arises when you realize that the politicians themselves are responsible for drawing the districts, which has lead to partisan gerrymandering. While racial gerrymandering is illegal under the Voting Rights Act, surprisingly, partisan gerrymandering is not and both Democrats and Republicans have taken advantage of that.

“In a democracy the question of who gets to draw the map should not have as much significance as it currently does,” Oliver said. That could change in the wake of a case heading to the Supreme Court and Oliver, for one, cannot wait. “Election results should not be the results of politicians’ crazy lines,” he said. “They should be the result of our own crazy decisions.” 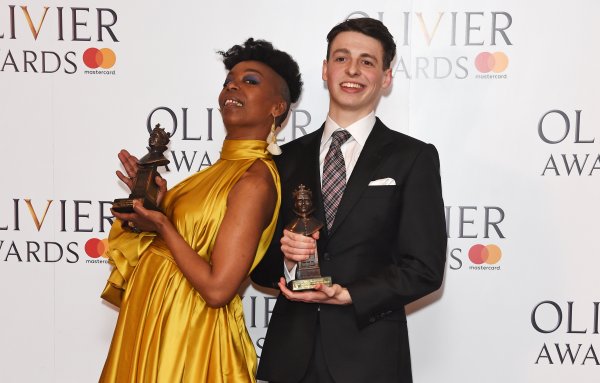 Harry Potter and the Cursed Child Makes Olivier History
Next Up: Editor's Pick