A set of quadruplets have a big decision ahead of them — Harvard or Yale?

The four 18-year-old brothers from Liberty Township, Ohio, were all accepted to two of the country’s top universities, among other elite colleges, NBC News reported. Nigel, Zach, Aaron and Nick Wade all detailed their experiences growing up as quadruplets in their college applications.

“I was just stunned,” Nigel told NBC News. “I was speechless because I didn’t think, I couldn’t believe that it was actually happening and I actually got in.”

The Wade brothers found out they were all accepted to Yale and Harvard University while they were in track practice.

While all the brothers have not made their decisions, three of them — excluding Aaron — are leaning toward Yale University. Aaron is considering Stanford University, the Associated Press reported.

The quadruplets’ parents — Kim Wade, a junior high school principal, and Darrin Wade, who works at General Electric Co. — said they taught their sons the importance of education.

The isn’t the first time a set of quadruplets was accepted to Yale and Harvard. The top universities accepted the Crouch quadruplets in 2010, The New York Times reported. All four of them chose Yale. 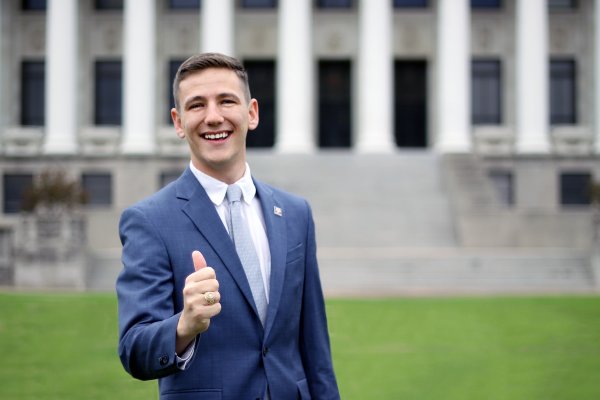