Saturday Night Live attempted to answer the question on everyone’s mind after Pepsi released and then pulled a controversial commercial featuring Kendall Jenner: How did it even get made?

In a sketch showing a behind-the-scenes look at the commercial set, SNL cast member Beck Bennett played the ad’s writer and director who realizes he’s made a big mistake a little too late. The original commercial showed Jenner joining a group of protestors and eventually handing a can of Pepsi to a police officer, bringing peace between the demonstrators and cops. Pepsi pulled the ad after significant backlash from people who said it was insensitive and appropriated the Black Lives Matter movement.

“It’s an homage to the resistance,” Bennett says in the sketch, while trying to convince his sister that it is a good idea. “Isn’t that, like, the best ad ever?”

Bennett continues running the idea by people, who all discourage him from airing the commercial. But it’s too late — Jenner, played by Cecily Strong, is already on set and ready to star in the “cute” ad. 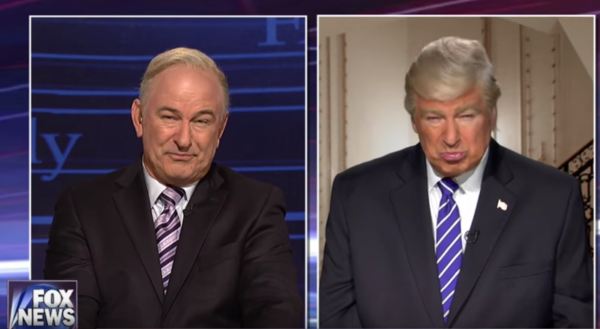 Alec Baldwin Returns to SNL as Trump and O'Reilly
Next Up: Editor's Pick