By Maya Rhodan and Chris Wilson

On Friday, the White House released a photo of President Trump and senior Administration officials being briefed on the airstrike he ordered against the Syrian regime.

The strike came in response to reports the Syrian President Bashar al-Assad had carried out a deadly chemical weapons attack on civilians.

President Trump said it was in the “vital national security interest of the United States to prevent and deter the spread and use of deadly chemical weapons.”

The following interactive photo lets you zoom in on any of the circled faces to see who’s who. Select a name or click a circle to zoom in. 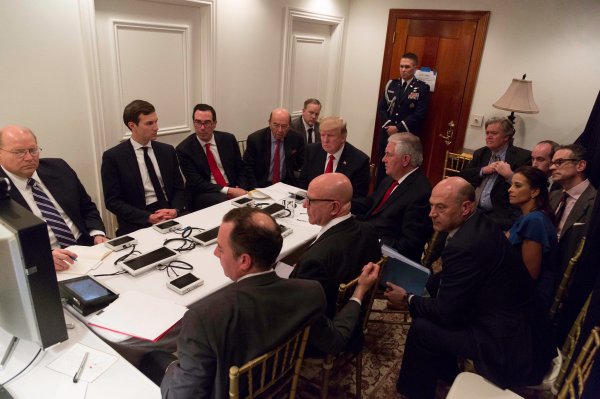 White House Releases Photo of President Trump Getting Briefed on Syria Strike
Next Up: Editor's Pick