An image released April 7, 2017, by White House Press Secretary Sean Spicer that is said to show a national security briefing at President Trump at Mar-a-Lago after the U.S. launched missiles into Syria on April 6, 2017. Spicer said on Twitter the photo was edited for security.
The White House
By Maya Rhodan

White House Press Secretary Sean Spicer tweeted a photo of Trump Administration officials receiving a briefing on the heels of an airstrike the president ordered against a Syrian airfield on Thursday.

In a tweet, Spicer said the photo was taken at approximately 9:15p.m. on Thursday in a secure location at the Mar-a-Lago estate in Florida. The president is in West Palm Beach for meetings with Chinese President Xi Jinping. 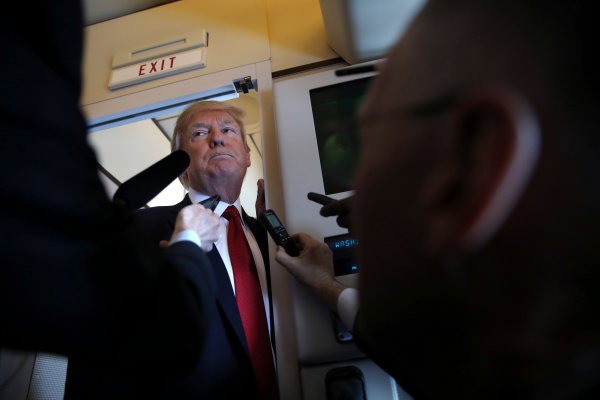 A Test of President Trump's 'America First' Policy
Next Up: Editor's Pick