This Is Why April 7 Is National Beer Day

Though you probably won’t get a day off from work for it, Friday is a holiday you may want to celebrate: National Beer Day.

The annual observation in the U.S. has been unofficially recognized for almost a decade, but it’s been brewing for much longer.

As Virginia Governor Terry McAuliffe noted in a proclamation he released on Friday morning, the April 7 date for the observance is in remembrance of the day more than eight decades ago when the Cullen-Harrison Act went into action. The 1933 law, signed by President Franklin Delano Roosevelt, made buying, selling and drinking beer and wine legal for the first time since Prohibition in 1920. Though the law did not affect restrictions on high-alcohol-content liquor, it allowed beer-thirsty Americans to finally (legally) have that long-awaited drink.

FDR is said to have announced after putting his name to the law that “this is a good time to have a beer,” according to The Oxford Encyclopedia of Food and Drink in America — but Americans would have to wait until December of 1933 for the ratification of the 21st Amendment, which would officially end Prohibition.

The total market for beer in the United States cleared $107 billion dollars in 2016, according to the Brewers Association. 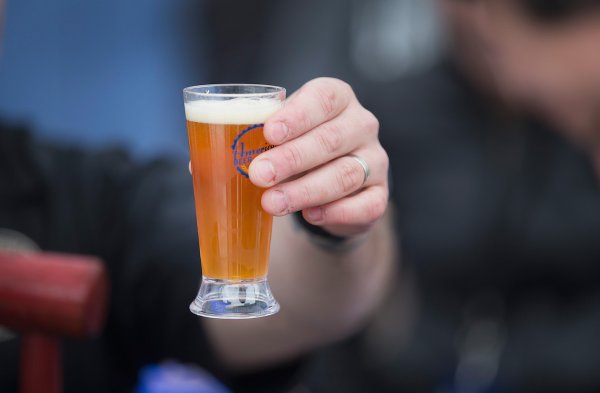 8 Questions for the Smithsonian's New Beer Historian
Next Up: Editor's Pick