The office of Syria’s President Bashar Assad called the U.S. cruise missile attack on its airfield in Homs a “reckless and irresponsible act,” which has only increased Assad’s resolve to “continue crushing” rebel groups.

In a statement issued on its state news agency SANA, Assad’s office called the dawn attack on Shayrat air base an “outrageous act” that reflects a continuing American policy of “targeting” people and states.

“Targeting an airport of a sovereign state by the U.S. is an outrageous act that clarifies in conclusive evidence once again what Syria has been saying that the succession of administrations of this regime does not change the deep policies of its entity which is represented by targeting states, subjugating peoples and the attempt to dominate the world,” Assad said, according to the statement.

The air strike has only “increased Syria’s determination to strike the terrorist agents and to continue crushing them and increasing the pace of action on this wherever they are on the Syrian territory,” the statement said.

The military action ordered by U.S. President Donald Trump was in reaction to a chemical attack in the Syrian town of Khan Sheikhoun, where more than 80 people were killed. 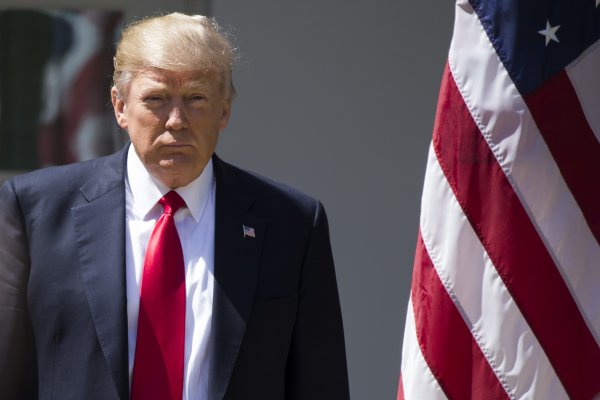 The Week the Trump Administration Changed Its Mind on Syria
Next Up: Editor's Pick