President Donald Trump took the world by surprise when he ordered the U.S. military to launch a cruise missile strike on a Syrian airbase Thursday in reaction to a deadly chemical attack in the Idlib province earlier this week, despite famously telling former President Barack Obama not to attack Syria repeatedly in 2013.

A number of his well-known supporters have taken to public platforms to express their surprise – and fear – at Trump’s bold decision, which is totally at odds with his previous stance on U.S.-Syrian relations and indeed interventionism itself. Trump campaigned against military exploits abroad as a presidential candidate, often railing against the war in Iraq. In December, shortly after winning election, he said “we will stop racing to topple foreign regimes that we know nothing about, that we shouldn’t be involved with.”

The U.S. conservative author and political commentator Ann Coulter, who endorsed Trump in the 2016 Republican Party presidential primaries and penned an e-book called In Trump We Trust last year, has used social media to criticize the president’s decision. “Those who wanted us meddling in the Middle East voted for other candidates,” she wrote on Twitter in the early hours of Friday morning, adding:

Although the leaders of countries including Britain, France, Germany, Turkey and Poland have released statements throwing their weight behind Trump’s actions (even European Council President Donald Tusk signalled his approval in a tweet), notable right-wing politicians and known Trump fans have not been as supportive.

Far-right French presidential candidate Marine Le Pen condemned the attack on Twitter, writing: “What happened in Syria is appalling and I strongly condemn. But you first need an international investigation.”

Le Pen, the President of France’s National Front, also told France-2 television on Friday that she was “surprised” by Trump’s sudden attack of the airfield, warning that past U.S. interventions in Libya and Iraq led to rising extremism. She said that Trump claimed that he did not want the U.S. to be “the world’s policeman, and that’s exactly what he did yesterday.”

Even some readers of Breitbart News, the far-right U.S. news, opinion and commentary website, seemed unhappy. The site has been a consistent Trump cheerleader even before its executive chairman Steven K. Bannon became the president’s chief strategist.

Yet comments on a piece called ‘Trump Orders Strikes Against Syrian Regime Airbase In Response To Chemical Attack‘ include “What a damn shame. Trump, your political career is dead in the water and I will work as hard to get you out as I did to get your in” and “Trump has thrown us under the bus over a false flag BS staged event that was most likely instigated by John McCain and his criminal buddies and Al Queada friends.” 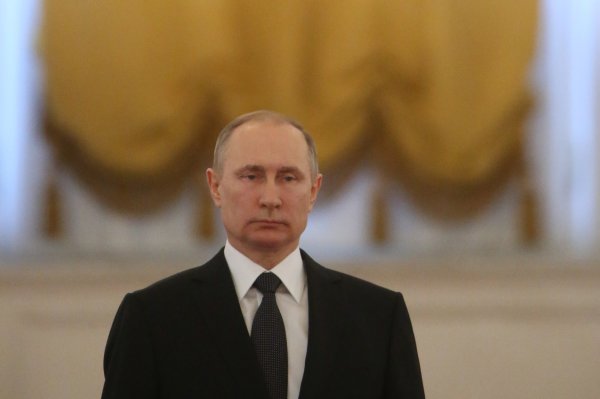 How the World Reacted to President Donald Trump's Air Strike On Syria
Next Up: Editor's Pick