The U.S. Struck a Syrian Air Base with Tomahawk Missiles. What Are They?

The U.S. attacked a Syrian air base with dozens of cruise missiles Thursday, in response to a chemical weapons attack in the country’s northwestern Idlib province earlier this week that killed more than 80 people, including children.

According to the Pentagon, a total of 59 Tomahawk Land Attack Missiles were launched from the USS Porter and USS Ross, two Navy destroyers in the east of the Mediterranean. The missiles targeted aircraft, air defense systems and other strategic equipment in the Shayrat airfield in Homs, western Syria. Aircraft believed to be involved in Tuesday’s chemical attack were traced to that air base, the Pentagon said.

The Tomahawk had already been floated as the likely weapon of choice for a potential Syria strike in 2013, when then-U.S. President Barack Obama was exploring military options for intervening in the country’s long-running civil war. Weighing 2,900 pounds (1,315 kg) and measuring at over 18 feet (5.56 m) in length, the missile is capable of carrying a 1,000-pound conventional warhead over a range between 700 and 1,350 nautical miles, according to the U.S. Navy.

Another major advantage of the Tomahawk is that it doesn’t require a pilot to be close to the target, minimizing risks to the crew. TIME has described the missile as a “non-reusable drone.”

First used in combat during the Persian Gulf War in 1991, the Tomahawk has since been a mainstay of U.S. warfare. Other notable conflicts that saw the missile in action include the 1998 bombing and 2003 invasion of Iraq, as well as the 2011 Libya military operation that ultimately toppled Muammar Gaddafi.

The Tomahawk was also among the catalog of arms the U.S. used to attack ISIS and the Khorasan group, an alleged al-Qaeda offshoot, in 2014. Prior to Thursday’s Syria mission, the cruise missile saw action most recently in October, when the U.S. fired multiple missiles at radar sites in Yemen. 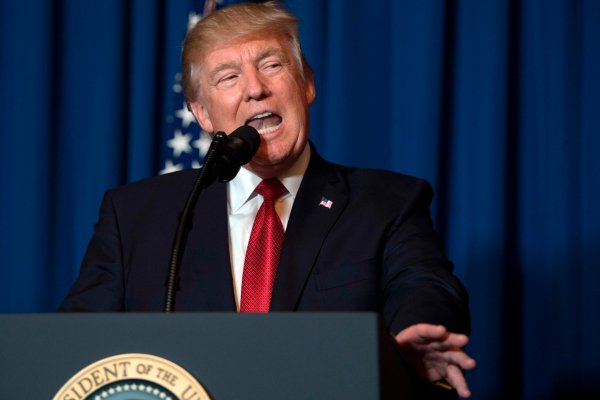