Not all selfies are created equal, especially when it comes to including animals in the photos. Kait put all other animal-selfie enthusiasts to shame after sneaking her mom’s 25-year-old, 1,000 pound horse Tucker into her parent’s bathroom, according to Mashable.

Although Kait had other equestrian options to gallop into her pictures, she decided on Tucker for a reason. Kait told Mashable Tucker was her first choice for the photoshoot because of his “been there done that” attitude and “general unflappability.” Kait justified bringing Tucker inside for the unconventional modeling gig: “I wanted some really funny selfies that no one had ever seen before.”

Kait ensured she took the utmost care of both her home and Tucker before snapping the mirror selfies. She said, “I put four hoof boots on him so he wouldn’t get the floor dirty, then I just walked him in.” 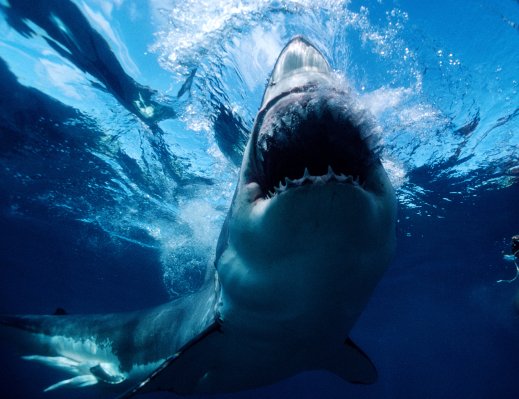 How to Survive a Shark Attack, According to Experts
Next Up: Editor's Pick