Twenty-first birthdays are a time of celebration and recognition that you’ve reached the hallowed halls of official, government-approved adulthood. For global pop star Harry Styles (who’s now 23), his 21st year was also marked with dramatic change: One Direction began to break off, clearing the way for his subsequent solo career as an actor and musician. As it turns out, he also received a stress-inducing gift on his big day, from none other than fellow world-famous, record-breaking British recording artist Adele.

“For my 21st she gave me one of her albums 21 and said, ‘I did some pretty cool stuff when I was 21, good luck’ and I was like, ‘geez’,” Styles shared in an interview with BBC Radio One’s Nick Grimshaw. 21, which the Grammy-winning songstress recorded during her own 21st year, went on become one of the best-selling albums of all time. No small act for Styles to follow—although he’ll be throwing his hat in the ring starting Friday, when he releases his first solo single, “Sign of the Times,” with more music to come. (Of course, he’s no longer 21.)

“I think she leads by example,” Styles added of Adele. “She’s the best so she should be the biggest.” Only time will tell if Styles can live up to the high bar already set for him. 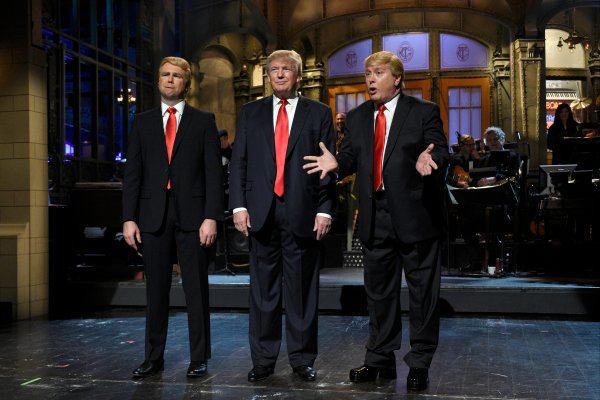 SNL's Taran Killam on Trump as Host: "He Struggled to Read"
Next Up: Editor's Pick