Ivanka Trump met with Planned Parenthood President Cecile Richards in January, before her father was inaugurated, the organization said in a statement.

“Cecile Richards and Ivanka Trump had a cordial and informative meeting shortly after the inauguration,” the statement said. “The purpose of the meeting, from Planned Parenthood’s perspective, was to make sure that Ivanka Trump fully understood the important role Planned Parenthood plays in providing health care to millions of people and why it would be a disastrous idea to block people from accessing care at Planned Parenthood.”

President Trump’s daughter officially announced she was joining the White House as an assistant to the President last month. Her husband, Jared Kushner, serves as senior adviser to the President.

“Senior staff at the White House, including Ivanka Trump, play an influential role in shaping the Administration’s policy and negotiations with Congress, which has a profound impact on women’s health and lives,” Planned Parenthood said.

Last month, Vice President Mike Pence cast a tie-breaking vote in the Senate for a bill that allows states to deny federal funds for abortion providers, including Planned Parenthood.

Ivanka told CBS News’ Gayle King in her first interview since becoming a White House employee that just because she hasn’t come out with statements against the administration’s policies doesn’t mean she’s blindly agreeing with everything. “I would say not to conflate lack of public denouncement with silence,” she told King. “Where I disagree with my father, he knows it. And I express myself with total candor.”

Richard has spoken about that public silence since their meeting, however. “it’s time for Ivanka to … stand for women,” she told Buzzfeed News’ Editor-in-Chief Ben Smith in March.

At the Women in the World Conference on April 5, Richards said, “Anyone who works in this White House is responsible for addressing why women are in the crosshairs of every single policy we’ve seen in this administration.” 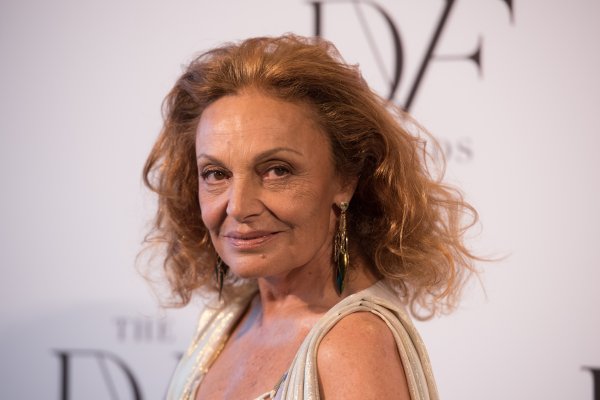 Diane von Furstenberg's Hero Has Nothing to Do With Fashion
Next Up: Editor's Pick