When Aly Raisman posed for the 2017 Sports Illustrated Swimsuit issue, she anticipated that she would face some criticism.

“I knew people were going to say that I wasn’t a good role model and all of this stuff,” the decorated gymnast told Motto. “I did the issue because I love my body. I can express myself in any way that I want. But that doesn’t give anyone the right to judge me. I think being a role model is about being a kind person.”

“It really made me realize,” she added, “women do not have to be modest in order to be respected.”

Raisman, who captained two gold-medal winning U.S. women’s gymnastics teams, is candid about the added challenges and pressures women face. And she’s on a mission to empower young girls to accept themselves the way they are.

That’s one of the reasons she recently teamed up with Playtex Sport to discuss why women should not allow their periods to discourage them from participating in sports, while also helping to launch the brand’s new compact tampon. As part of their partnership, the feminine care company donated $10,000 to the Wendy Hilliard Gymnastics Foundation, and Raisman surprised young gymnasts for a frank conversation about why they shouldn’t be ashamed or embarrassed about menstruation.

Raisman spoke with Motto about why it’s so important for her to help girls feel confident in their own skin. She also spoke about how the allegations of sexual abuse against USA Gymnastics should be a moment to consider how schools can better address the systemic problem of sexual assault.

Motto: Why did you want to send this message to young girls about normalizing their periods?

Raisman: I think it’s all about being comfortable. A lot of people feel really uncomfortable when they get their period or they’re going through puberty — especially with all the pressure of social media and the comparisons to other girls. Girls feel really insecure and awkward at that stage — your body starts to change. Instead of feeling uncomfortable and not talking about it, I think it’s important to have this conversation. A lot of girls actually end up dropping out of sports because of their period. So it’s important that we encourage girls to stay in sports and not let their periods get in the way. Everyone feels bad when they have their period. No one likes getting their period, it’s uncomfortable. But it’s OK to talk about it. We have to support each other, and we have to keep the younger generation involved in sports.

Why is it so important to you to encourage girls to pursue sports?

It’s important for young girls to be inspired and do something that makes them want to be a better person — to work hard or to push themselves to the limits — no matter what that is.

I love sports. That and working out makes me feel confident and more like myself. I think it’s a really powerful thing, it teaches girls to love their bodies and love themselves. And even if you don’t want to do it, working out during your period makes you feel better. A lot of girls get their period and start to see their body change, they feel uncomfortable and they stop doing gymnastics because of it. And I think that’s really heartbreaking. It shouldn’t be about your body, it should be about how the sport makes you feel.

How did you develop your body confidence?

It’s something that develops over time. I think everyone goes through phases in life where they feel insecure. I have plenty of times. But as I’ve gotten older I’ve learned to appreciate my body. Young girls should be taught that there’s no ideal body type. We’re all different and unique in our way — if we all looked the exact same, we’d be very boring.

There’s been a lot of news lately about the recent allegations of sexual abuse in USA Gymnastics. How do you think incidents like that affect or dissuade young women in sports?

I think it’s really important to teach young girls to know what’s right and wrong. I think there should be a class in all schools — from elementary school to high school and college — that teaches young girls and boys to respect each other. It should be just as valued as taking an English or a math class. It doesn’t matter if a girl is wearing a short skirt or a belly shirt, it doesn’t matter. There is absolutely no excuse for raping or sexually abusing women ever. Of course, boys are obviously sexually abused as well.

It’s very hard for young women to speak up. I think young girls need to understand that if something doesn’t feel right or if they feel uncomfortable, then it’s probably wrong. And it’s OK to speak up. I know it’s difficult and uncomfortable and what’s going on is very horrible, but we need to change it. I think everyone’s afraid to have the conversation and talk about it in schools.

Girls need to grow up to feel that they’re strong, confident, independent, smart and that they can be anything that they want to be. But there’s so much pressure for women. I think that women feel like they don’t really have a voice. And I hope that we can change that.

How do you think we can help give women that voice?

There’s such a gray line between what’s allowed and what’s not. If you’re in high school and a girl’s drunk, a guy thinks it’s OK to have sex with her. I hear all of these stories. It just breaks my heart when I hear that someone was unconscious when she was drunk and a guy still had sex with her. It’s disgusting.

It just needs to be talked about more. I think everyone ignores it. I think people feel pressured to use alcohol and drugs because they want to fit in. I’m grateful that I had gymnastics. I didn’t have time to go to all the parties, but when I did, I was always a bit uncomfortable because I saw the way the guys were really touchy with all of the girls. I just was never comfortable with that. I don’t think anyone is. It’s not OK for a guy to go up to a girl and just grab her butt or do anything. But guys just get away with it all the time. It’s absurd. 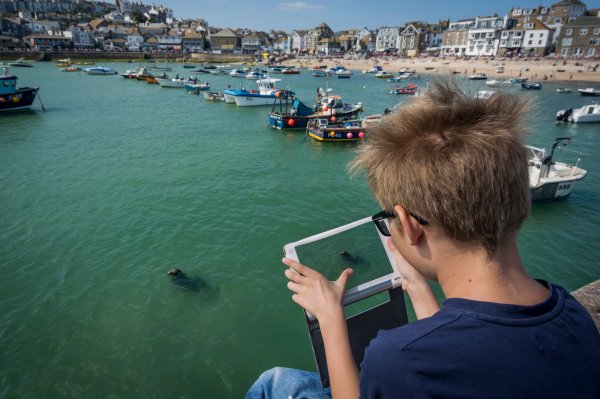 Five Ways to Transform Your Kids' Screen Time
Next Up: Editor's Pick