Carbon Dioxide Is Approaching a Level That Hasn't Been Seen In 50 Million Years, Study Says

Unchecked burning of fossil fuels could drive carbon dioxide in the atmosphere to levels unseen in 50 million years, according to a new study.

Researchers behind the study, published in the journal Nature Communications, evaluated more than 1,200 estimates of carbon dioxide levels in the atmosphere that cover nearly half a billion years in the past to come up with a continuous record. Using that record, researchers found that the level of carbon dioxide in the atmosphere would be higher than anytime time the last 420 million years if humans burn all the planet’s fossil fuel reserves.

“Not only will the resultant climate change be faster than anything the Earth has seen for millions of years,” says study author Gavin Foster, a professor at the University of Southampton, “the climate that will exist is likely to have no natural counterpart, as far as we can tell, in at least the last 420 million years.”

Scientists agree that carbon dioxide is the primary heat-trapping gas that contributes to man-made global warming, but they hold different views on what level of the greenhouse gas in the atmosphere will trigger the most catastrophic effects of climate change.

The level of atmospheric carbon dioxide jumped from around 280 parts per million (ppm) in the pre-industrial era to more than 400 ppm last year. The new research suggests that burning the planet’s remaining fossil fuels would drive the level of carbon dioxide in the atmosphere to around 2,000 ppm but 22250.

But most scientists believe that countries around the world will act to stem such rapid burning of fossil fuels. Countries have agreed to work to keep temperatures from rising more than 2°C (3.6°F) above pre-industrial levels by 2100. And, while many scientists think that target is likely unattainable, burning the world’s remaining reserves also seems unlikely. 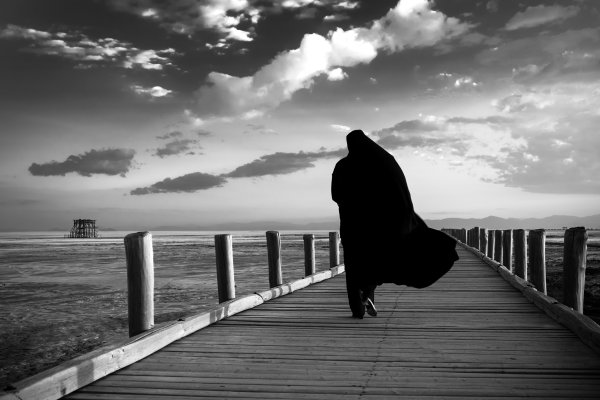 The Visible Effects of Climate Change in Iran
Next Up: Editor's Pick