Republicans changed Senate rules Thursday to push a vote on Neil Gorsuch, after Democrats pulled off the first-ever partisan filibuster of a Supreme Court nominee.

Republicans triggered the so-called nuclear option by a vote of 52 to 48 Thursday afternoon. The rule change means Supreme Court nominees will now be confirmed by a simple majority, without ever needing to garner 60 votes for cloture, which ends debate.

The parliamentary maneuver came after Democrats were able to filibuster and deny cloture on Gorsuch’s nomination Thursday morning. The final vote count was 55 in favor of cloture, 45 against it.

“This will be the first, and last, partisan filibuster of a Supreme Court nomination,” Majority Leader Mitch McConnell declared Thursday.

Minority Leader Chuck Schumer attempted various stall tactics on the nuclear option vote, including calling for votes on delaying Gorsuch’s confirmation vote until April 24 and on adjourning the Senate until 5 pm Eastern. Neither measure passed, and the delay did not change the ultimate outcome.

The mood was gloomy among many senators of both parties after the votes, who fear that the rule change will remove an incentive for bipartisanship in the future and lead to more ideologically extreme justices. It was “one of my saddest days in the Senate,” tweeted Democratic Sen. Richard Blumenthal, adding that the nuclear option “will have rippling repercussions for decades to come.”

“The dark deed is done,” tweeted Democratic Sen. Jeff Merkley. “McConnell has just put a knife into the heart of our We the People republic.”

The events on the Senate floor were dramatic, but not surprising. Democrats sewed up the votes for a successful filibuster on Monday, so both parties have spent the week jockeying for position in the media and preparing for Thursday’s showdown.

Preventing cloture was a temporary win for Democrats. But Republicans know the events this week may actually help them more, because going nuclear now will ensure easier confirmations for any future Supreme Court vacancies under President Trump.

Now, after 30 more hours of debate, Gorsuch will be confirmed by a simple majority vote Friday. But the contentious battle to get him there will have changed future confirmation processes forever.

Most Popular on TIME
1
Sex and the City Doesn't Work Without Samantha
2
Why Is America So Divided Today?
3
How to Know When It's Time to Let Go of Someone You Love 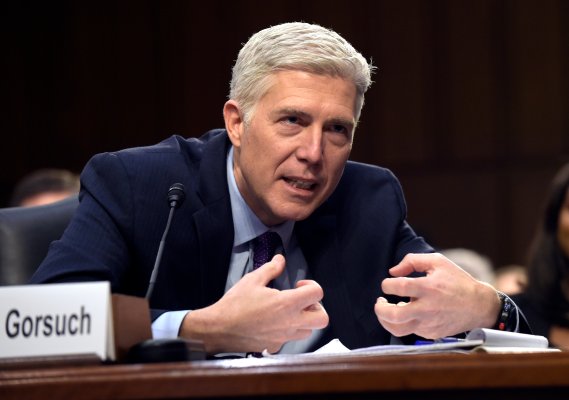