The Daily Show’s Trevor Noah thought White House Press Secretary Sean Spicer would be fired during the first week of the Trump Administration.

However, Spicer turned things around quickly, Noah said Wednesday night. “He’s totally changed his game. I mean, he’s still incompetent, but now he does exactly what Trump wants: is to show complete disdain for the media.”

So much disdain, in fact, Noah says Spicer treats the White House press corps like a bunch of kindergarteners.

The Daily Show then imagined what it would be like if Spicer were actually talking to these children during his press briefings. Dressing up a group of kids as journalists — one as the New York Times‘ Glenn Thrush, and another as American Urban Radio’s April Ryan — the Daily Show spliced together Spicer’s answers at press conferences with questions posed by the group of kids.

While some asked about President Donald Trump’s tax returns and his alleged ties to Russia, others asked “Can I feed the fish today?” and “Can I go to the bathroom?”

Spicer responded to each of these questions, eventually growing tried of them.

“You don’t get to just yell out questions; we’re going to raise our hand like big boys and girls,” Spicer said. 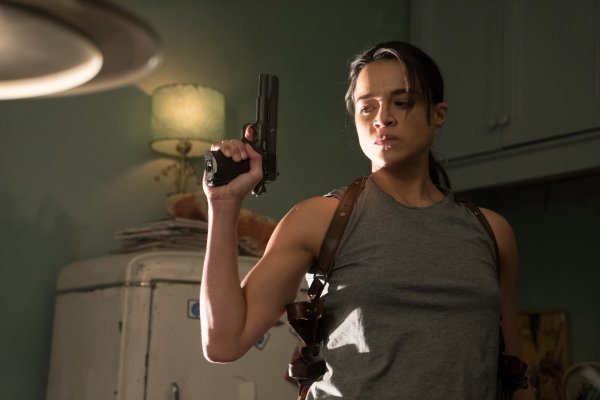 Review: In The Assignment, Michelle Rodriguez Is a Hitman Caught Between Worlds
Next Up: Editor's Pick