Filtering through the president’s 34,700 tweets, The Daily Show with Trevor Noah has revealed which is President Donald Trump’s “greatest tweet of all time.”

“Are you allowed to impeach a president for gross incompetence?”

“This may not be the meanest or the most racist,” Daily Show correspondent Hasan Minhaj said.

“But it will be the one tweet we will get the answer to in the next four years,” Daily Show correspondent Roy Wood Jr. added.

Before announcing the winner, Minhaj and Wood revealed two honorable mentions — one that questions the purpose of ABC’s Blackish, and another speculating about former Apple CEO Steve Job’s wife’s personal life. 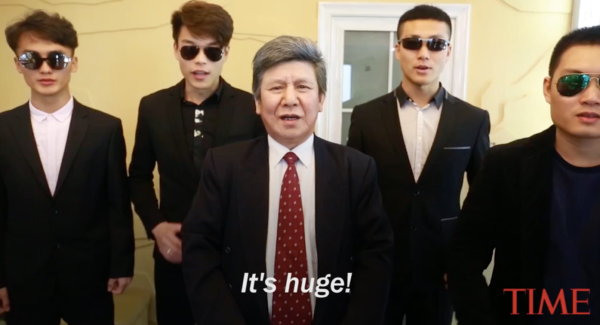 China's Trump Impersonator Has Nothing But Love for the U.S. President
Next Up: Editor's Pick