Russia to President Trump: Put Up or Shut Up on Syria and Bashar Assad

The attack has killed at least 86 people, including 26 children, CNN reports. Countries including the U.S., the U.K. and Turkey have linked the attack to Assad’s forces. Russia has repeatedly supported the Assad regime, and did so again in the aftermath of the latest deaths, suggesting the deaths had been caused by a Syrian strike hitting a rebel stockpile of chemical weapons.

Trump, whose administration had previously signaled that removing Assad was not a priority, said Wednesday that the attack had caused him to change his mind about the Syrian President. He added that the use of chemical weapons was “heinous” and “crossed a lot of lines”.

But Assad had previously been suspected of using chemical weapons, and Trump did not offer any clarity on what a revised U.S. strategy in dealing with the Syria strongman would look like. So Russia posted the question on Thursday:

“Russia’s approach to Assad is clear,” Maria Zakharova, a Russian ministry spokeswoman, told CNN. “He is the legal president of an independent state. What is the U.S. approach?” 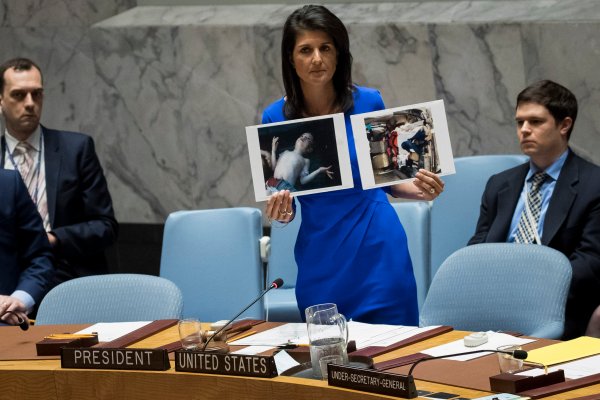 Read Nikki Haley's Remarks About Syria at the U.N.
Next Up: Editor's Pick