Letterman: A TV Traditionalist With a Weird Streak

David Letterman’s departure from CBS’s Late Show in 2015 put an end to television’s most fascinating barometer: the Letterman mood. With guests he could be flirtatious (Julia Roberts) or disdainful (Paris Hilton); toward figures in the news he could be engaged (John McCain, usually) or scathing (John McCain, campaign 2008).

Jason Zinoman’s new book Letterman chronicles the manner by which Letterman, an angst-filled raw nerve, built his TV franchise. It’s a contradiction the author relishes: Letterman’s innovation (his seeming depiction of the workings of a twisted mind) gained power from its rigorous formalism. As Zinoman puts it, “He had gradually turned into a fascinatingly disgruntled eccentric trapped inside a more traditional talk show.”

Perhaps wisely, Zinoman elides well-worn history, like the warfare with Jay Leno over who would succeed Johnny Carson. He has an eye, though, for the defining relationship of Letterman’s career: his partnership with writer Merrill Markoe, who put the surrealism in Letterman’s comedy. The host “would have been perfectly happy to do the Carson show,” a Letterman writer says.

That’s one difference between Letterman and newer stars like James Corden and Jimmy Fallon. The talk show has already been deconstructed by YouTube, so those hosts may as well go for broke with potentially viral sketches. For Letterman, bits like Top 10 Lists and Stupid Pet Tricks gained power because of, not despite, their placement in an hour that looked a lot like Carson’s. Try to imagine Stephen Colbert, Letterman’s successor and an able host, displaying what one Letterman writer calls “pure contempt for television.” Oddity like Letterman’s has become a professionalized way of being, and its edges have been sanded by pleasant bonhomie. You don’t get the contempt. But you don’t get as much feeling either. 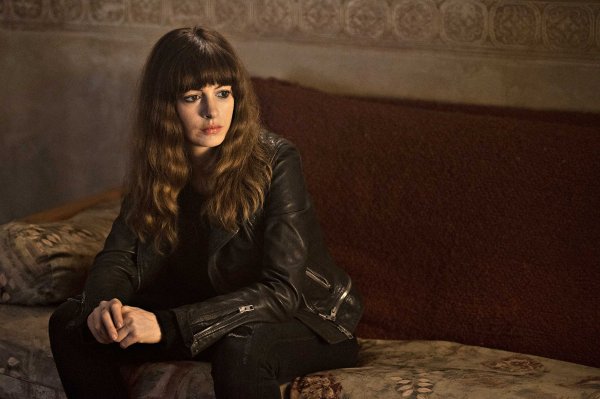 Anne Hathaway Battles Real and Metaphorical Monsters in Colossal
Next Up: Editor's Pick